Tsk, tsk. I see you’re running late this morning. You can’t skip the most important meal of the day! Here — I’ve made you a smoothie. 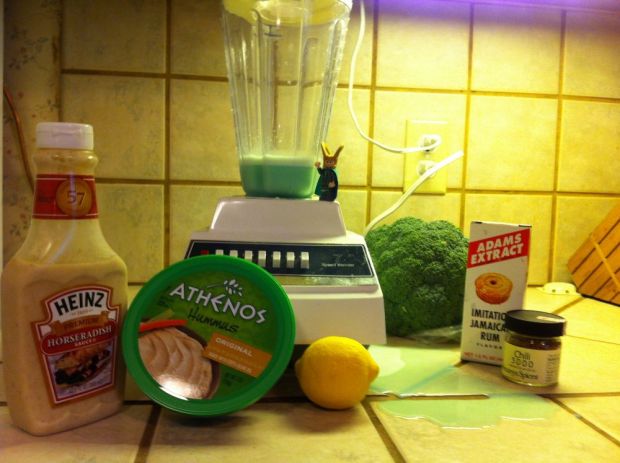 I am wounded by your lack of trust.

The human female says this is called Grape Hyacinth.

The botany expedition that the human female dragged us on yesterday turned out to be a whole Biology Fair. The tent with the snakes and lizards was much less boring than the plant tent. (I always seem to get along well with snakes, though Sigyn was a bit apprehensive.)

The plant booth had pictures for small people to color and dead, dry leaves for them to make rubbings of. This is a curious activity. Mulch and compost as art? We don’t do this on Asgard. We don’t have crayons on Asgard, either. Asgardian children draw and paint, certainly, ​but little wax sticks that break easily? No. All in all, it seems rather pointless to delineate a leaf’s veins after they have ceased to function and then hang the result on the refrigerator.

Still, I think I did a fine job, much better than the sticky little beings who merely scribbled. 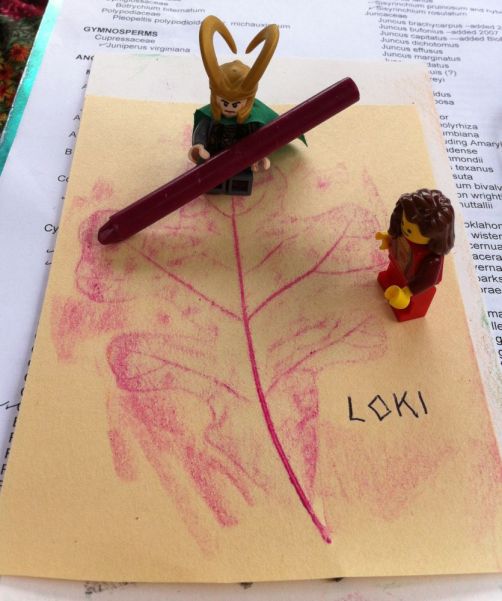 So the human female dragged me on another one of her botany walks. Grass, grass, pink flower, yellow flower, tree, grass….yawn. Why does she think I enjoy flowers? That’s Sigyn’s thing, not mine.

The only remotely interesting plant we found is this sundew one that apparently–and this is the splendid part–eats meat. True, it only eats tiny insects, but with my magic, perhaps I could grow one large enough to take care of people who annoy me.

I’ve no idea what these brightly colored bits of plastic are, but they look like they’d be hell to step on in bare feet, so I think I’ll leave some scattered on the bathroom floor.
>|: [

…where and when you lost your water bottle. I just didn’t tell you when you dropped it. 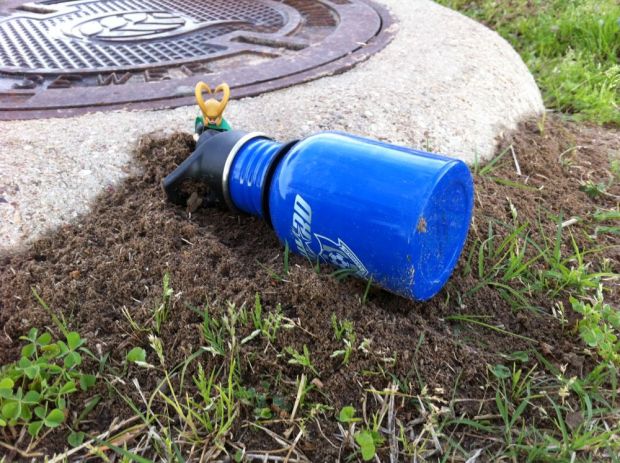 ​And if you think to go back to the park, you might find that I may have kinda sort of nudged it into something a dog left behind.

On an ant hill.

I am a god. Changing the roll is beneath me. Clearly this is a job for a minion.

​I’ve taken up gardening. I’ve done my research. The very best place for my crop of ponyfoot and crabgrass is smack in the middle of your front lawn. 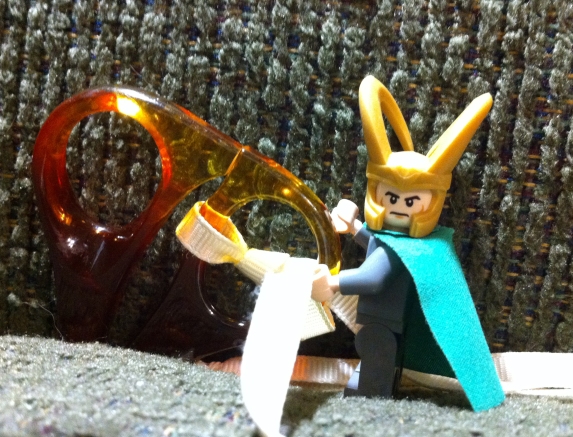 The human female gets so agitated when she can’t find her embroidery scissors.  It’ll take her a while to find them this time, and in the meantime she’ll blame the cat, which is always good for a laugh.  If and when she thinks to go digging for them here, she’ll also find three pins, a scattering of beads and sequins, a broken needle, some thread, and a shaming quantity of cookie crumbs.