Midgardians–I am forced to admit that sometimes I just do not understand them.

This establishment serves "American" foods. The proprietors, I am informed, are from a land called Korea.

Explain to me, then, why some of the decorations are in the style associated with the lands to the south?

They may be incongruous, but they are rather fun to climb upon. Using my magic, I have even caused the little baskets to give us rides up and down. 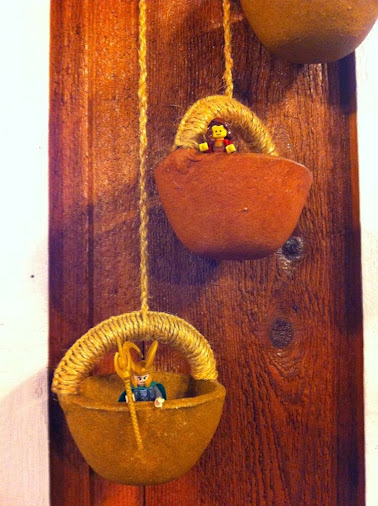 Aha! I have just heard one of the humans say that these items are left from this building’s previous incarnation as a "Tex-Mex" place. So that’s what they are called. While the humans feast, we will keep riding the Tex-Mexes. This is more fun than food!