They say that October usually brings clement weather to this part of Midgard. Very blue skies, the first stirrings of even marginally cool air, and a colorful assortment of fall-flowering plants. I was unamused, though, when the human female dragged us out early yesterday to go do sciency things. Sigyn could scarcely control her excitement. I would have preferred to sleep in and look at muddy, itchy nature out of the window later.

Apparently there’s this odd little outcrop of sandstone in the next county over that has a plethora of unusual plants. The human says it looks quite a bit like the area a hundred or more miles to the west.

Sigyn thought this little Escobaria missouriensis cactus was just "darling." It wasn’t any taller than she was and had "cute" red fruit. 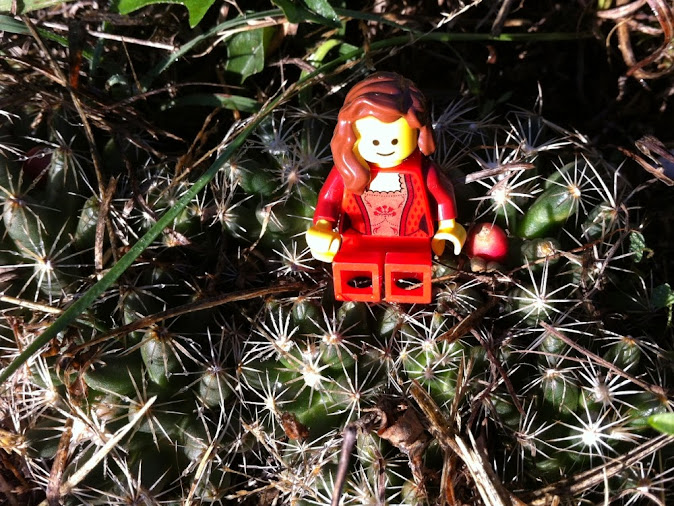 The prickly pear (Opuntia engelmannii) was much taller and fiercer. It is green, with wicked golden spines as big as Gungnir. I approve. 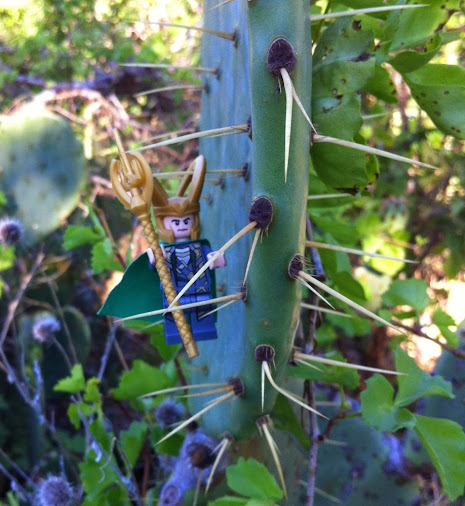 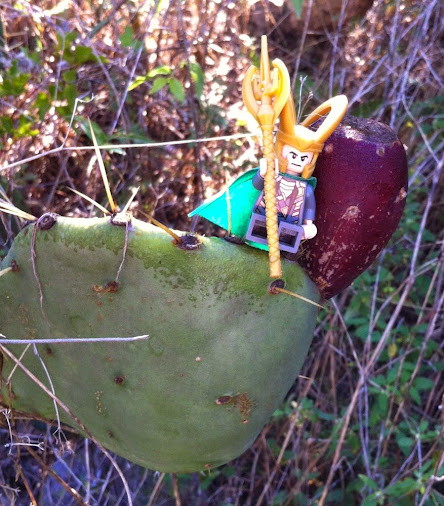 The fruit is roughly Loki-sized and is edible. It has evil little prickly hairs one has to peel off before consuming it, though, which is a nice bit of botanical mischief. I must say, I am much taken with this plant. I shall plant a hedge of it ’round my palace when I build it.

I encountered this heavily-armored fellow nearby. He was properly cowed by my might and trembled in all six of his knees before springing away in terror. Ehehehehe. I am Loki, scourge of hoppy things!

These twisty white creatures were not in any hurry to flee. I was able to convince them to follow us home to take their places in my army. They said they had some quick business to wrap up before they could join me, so I will pencil them in as reinforcements for 2017 or so.