I just love botany! When the other botanists arrived, it was time to get down to work. Loki made himself scarce, but I eagerly joined the hunt for a rare plant called Prairie False Foxglove. Loki says that is a ridiculous name. I looked up the slanty name: Agalinis navasotensis, which is quite a mouthful.

The pink flowers in this picture are one of its much-more-common cousins, while the yellow flowers are something the botanists called Broomweed.

This is a somewhat better photo of the not-rare Agalinis. The human female knows all about the rare one–she discovered it! It has longer flower stalks and much thinner leaves, giving it a more open aspect and making it nearly impossible to photograph against surrounding vegetation, as well as practically invisible when out of flower. This is why they come out to count it in the fall, when it flowers.

This one of only two places in the whole world where this plant grows, so we were very glad to count over 400 of them.

After we counted plants, we did what the botanists called "transects." We sampled the plants by laying out a long tape measure and identifying the different species at fixed intervals. We made Loki hold the end of the tape measure, which he did with rather a lot of grumbling. 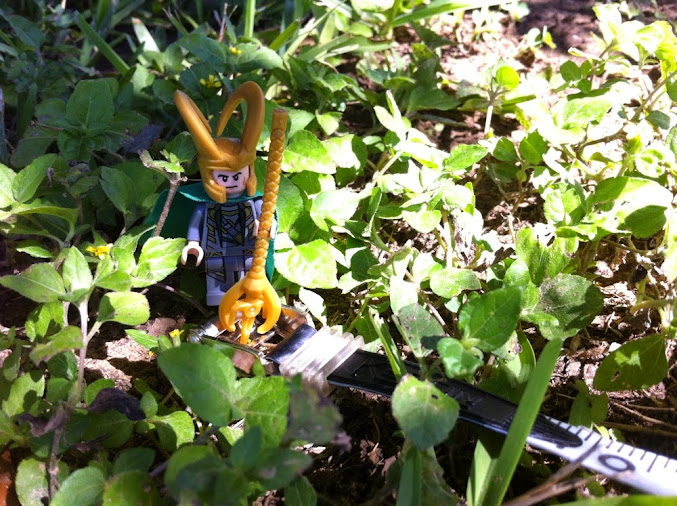 I was in charge of reading out the distances. Here at 30 cm from the start, we have a small, yellow-flowered plant called Horseweed. Loki, you should like this one! 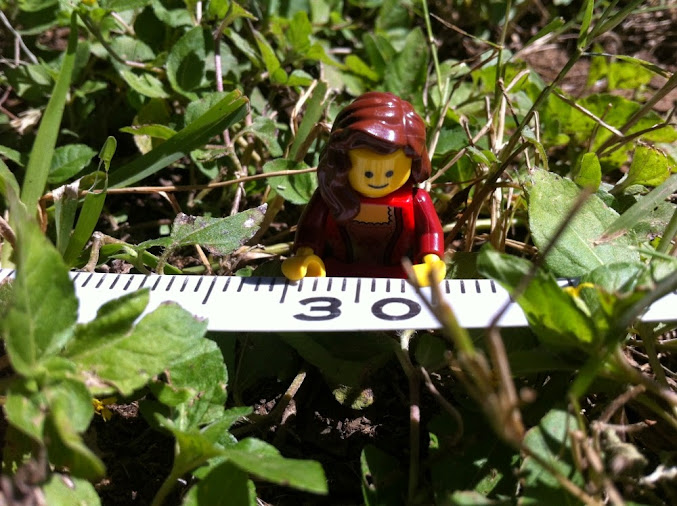 It was good of Loki to help, even though he was bored and didn’t enjoy the sciency bits of the day as much as I did. He perked up noticeably after we were all done and the botanists began discussing setting fire to the outcrop some time next year.* Something about the glint in his eye tells me the human female should leave him at home that day…

I wish I could play with plants ALL THE TIME! You can read more about the outcrop and its plants at this virtual field trip.

* A controlled fire now and then helps the plants grow and keeps the brush and non-native species down.