…that all my time and all my mental processes have been directed toward seizing the governorship of Texas, let me assure them that I have not slackened my efforts to make the human female’s life as miserable as possible. In the last two or three weeks, I have arranged it so that:

–One of the automobiles (the old one) needed new spark plugs, struts, rear wiper, oil pan gasket, motor mounts, and an assortment of other very pricey bits and pieces.

–This same vehicle left a large and rainbowy oil slick in the driveway, necessitating a tow back to the dealership to tighten some widgets and review all the work.

–The other vehicle (the nearly brand-new one) required its first oil change and tire rotation.

–The washing machine (which I have become skilled at unbalancing) piddled on the garage floor and refused to cease filling or to drain. The humans had to bail out the machine, wring out all the sopping laundry, and beg the use of a friend’s machine. I saw to it that the washer needed not one but two expensive and lengthy repairman visits and the installation of several fiddly little parts. The human female missed an entire day of work, a day which saw several crises in the office that she was not there to handle, much to the annoyance of her boss and consternation of her coworkers.

–Just when the human female has time for some stitchery, she developed what the physician has diagnosed as “tennis elbow,” which is patently absurd, since she is nowise coordinated enough to play tennis. (Or any other sport requiring interaction with moving objects.) No needlework for her for quite awhile.

–On a recent trip to visit friends, the human female forgot to pack any socks at all, and somehow arrived without just part of one shoe.

–The automobile, washer repairman, automobile registration, and physician bills have all arrived at about the same time that the property taxes are due. (The timing of mischief is everything.)

–The shower has begun to drip, and I can guarantee that getting those old knobs off is going to involve swearing and at least two trips to the hardware store.

–Several light bulbs in the house have blown, and another one of them–and this is a piece of work of which I am justly proud!–is going on and off randomly. Thrice I’ve had it go out just as the human female is two paragraphs from finishing a chapter of the book she is reading.

–On the first day of the spring semester (was it only yesterday?), a partial power outage produced locked doors, darkened stairwells, and non-existent internet just as the instructors and students were attempting to meet the 8:00 a.m. classes.

Et cetera. Clearly I have not lost my touch.

Other misfortunes have occurred at work, such as one instructor’s hiring paperwork not clearing approval, so that substitutes have had to be found. The lost and found is already filling up. Other instructors have fallen sick just before or even during class. But I cannot take credit for these events. Do not attribute to my mischief what is easily explained by bureaucracy, absentmindedness, or the inevitable tendency for staff and students to go home over the yule holidays and return to campus harboring microbes of every description.

Am I having fun? Most assuredly! Am I out of ideas? Eheheheheheheh. Oh, no. Not even remotely. No photos–simply imagine the human female pulling her (rapidly graying) hair out. 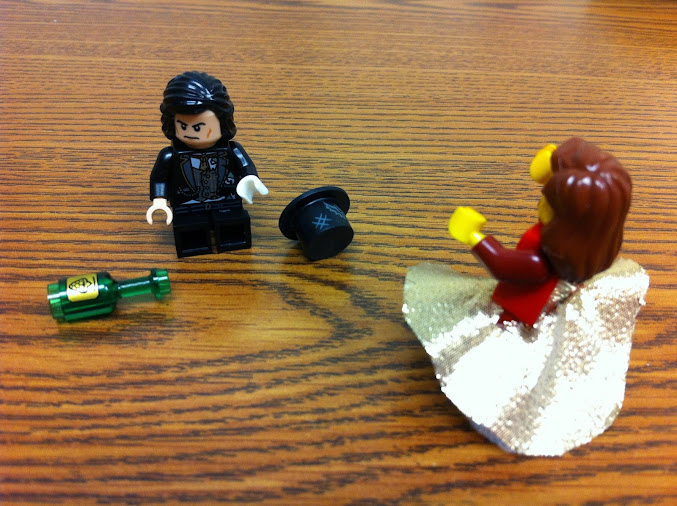