Today is Friday the 13th, a day the Midgardians seem to regard as unlucky.

So as not to leave them disappointed when catastrophes do not occur and they have nothing of which to complain (complaining is their favorite pastime), I have arranged for…

….the lab sink is gushing again and can’t be turned off! Ehehehehehehe!

No picture, because you know by now what that much wasted water looks like.

The human female is aging. For some reason, she has acquired gray hairs more and more quickly since about December of 2013. At this rate, merchants will start offering her the Senior Discount any day now.

Sigyn has insisted that we mark her birthday with a small gift. I suggested something lovingly made with toothpicks and the contents of the dryer’s lint screen, but Sigyn would have none of it. Instead, she has found this unique deck of playing cards. I must admit that the human female, huge plant nerd that she is, will probably like them. 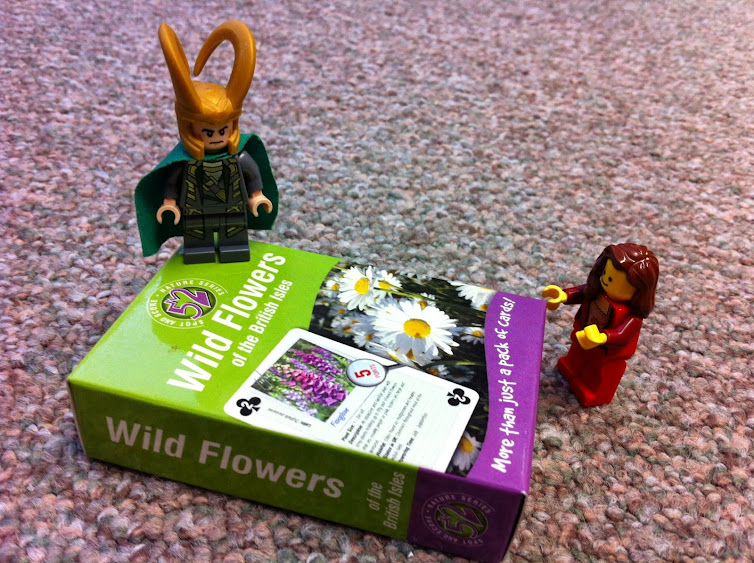 To be honest, I think Sigyn is hoping the human female will play cards with her, just so she can look at all the flowers. Sigyn likes the eight of hearts best because, “The flowers have smiley faces.”

Sigyn thinks we should offer to play a game with the Birthday Crone. (“Girl” in nowise applies.) I concur, and, in keeping with the years of decrepitude she has attained, I have made everything ready for a game of