This is getting to be a regular thing–the human female has dragged us out on another planty walk. I will never share her–or Sigyn’s–unbridled-and-bordering-on-the-pathological enthusiasm for all things chlorophyllous, but I tag along because I want to make sure Sigyn comes home safely. I don’t really care if the human female falls into nettles or steps in a gohper hole and twists an ankle or disturbs a nest of Africanized killer bees or runs afoul of an enraged beaver or gets arrested for poking about suspiciously in ditches, but I need to make sure Sigyn doesn’t get walked into a fire ant mound or have spurge* sap dribbled on her.

Usually the plants are taller than Sigyn (not hard) and she can climb them like a tree, but look at what she’s found today! This little bluet is even teensier than the last batch. 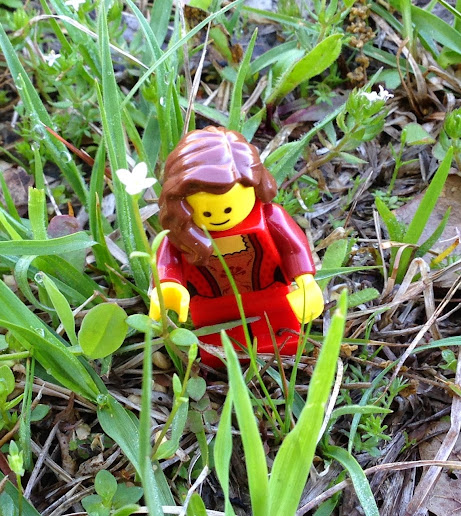 And look at this one! Sigyn, it is actually smaller than you! 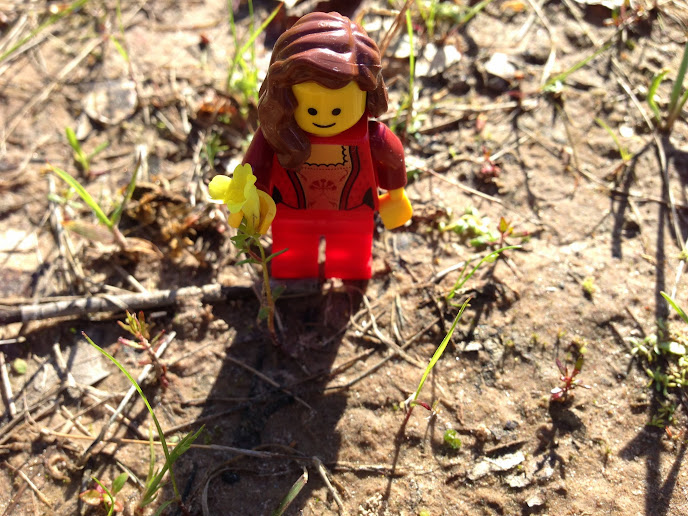 The human female says this is called “Golden hedge hyssop.” Odin’s eyepatch! If you write that down, the words are longer than the plant is tall!

Ehehehehehe! Now Sigyn is clomping around and making monster noises. I think being a (relative) giant has gone to her head. Rawr!

*Human female note:  Spurge is a real thing, it has caustic milky sap, and can cause burns to skin or eyes.  Take my word for it.