I was hoping that the human female *might* eventually get a little bit sick of looking at flowers. Sigh. No such luck. It’s a cool, cloudy afternoon, and instead of napping like most civilized Midgardians, she has Sigyn and me out traipsepassing on what is undoubtedly someone’s private property.

This not just botanizing, it’s exercise. This is a rocky outcrop so tilty that you could kiss the ground while standing up. You know, if you wanted a mouthful of Oligocene sandstone…

Must say, though, that the view from the top is rather nice.

The human female says she likes this place because she discovered a very rare plant here and got to name it. If I found a new plant, I would name it after Sigyn, but the foolish mortal squandered the only chance she will ever have to make her mark on science and saddled the poor plant with an unpronounceable string of syllables that is most unlovely.

So apparently, this outcrop is a last little bit of largely undisturbed prairie. I have filed this away as possibly useful information if I ever grow really angry with the human female, since it would take only a very small fire or a soupcon of dynamite to remove it –and her beloved plant– from the map permanently.

Sigyn wants to show me something. What have you got there, my pet?

Oh, very pretty. Didn’t you once have a hat like these?

This is a handsome flower as well. 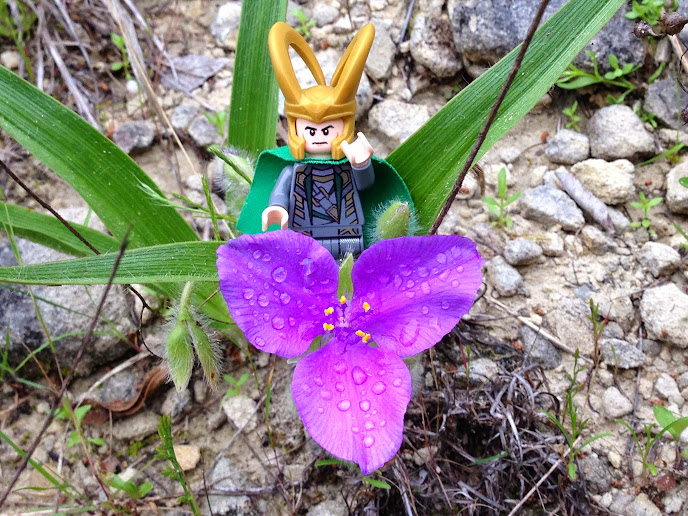 Parts of it are still wearing their furry winter underwear. Get with the program, plant! It is spring!

These yellow daisies are showy, aren’t they Sigyn? 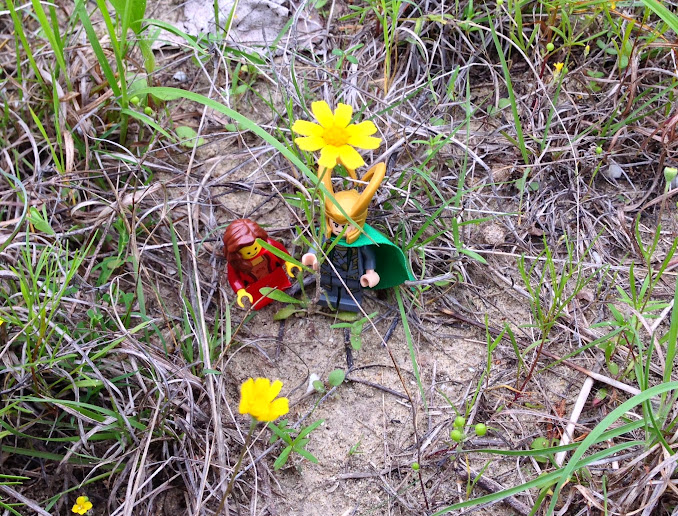 If you want to play he-loves-me-he-loves-me-not, I will pick one for you. (I will give you a hint: He loves you.)