The human female says that when the University campus was built there was nothing here except cotton fields. How boring! Now there are buildings and parking lots and non-cottony plants. Still boring.

But boring is what the human female does best! She has dragged Sigyn out to look at the campus plants. I’m along to make sure Sigyn comes to no harm and does not get lost. (This campus is so vast that it would be very easy to take a wrong turn and wander for days.)

Do you know how you can tell when it is spring in Central Texas? The leaves all turn brown and fall from the trees! Truly! The live oaks keep their leaves all winter and then abandon them just in time to grow new ones. Silly backwards plants. I mean, just look at this drift of fallen leaves and catkins. In April!

Sigyn thinks they’re fun and crunchy to jump in. I think they’re itchy and a little sneezy.

All right. Moving on. This plant is less itchy and sneezy, more flowery and pokey. I have a proposition for you. I will wager you anything you care to name— Drop Sigyn anywhere in the world, and within five minutes she will have found a holly to sit in. 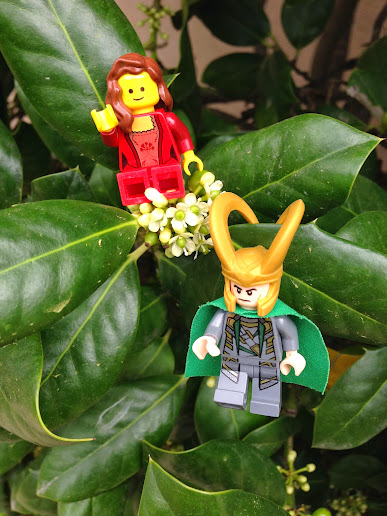 The human female says it’s Burford Holly and that this one is a girl. Burford is a terrible name for a girl.

This plant has a name I won’t even try to pronounce. The flowers smell good, though. A bit citrus-y. 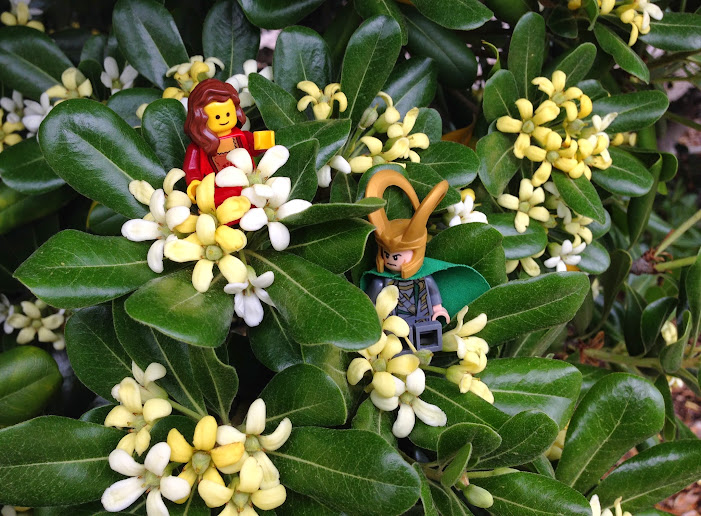 Sigyn, what are you doing up there? 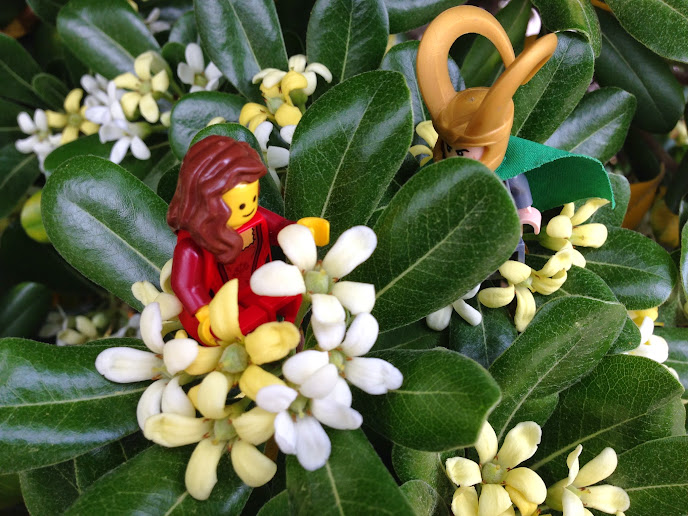 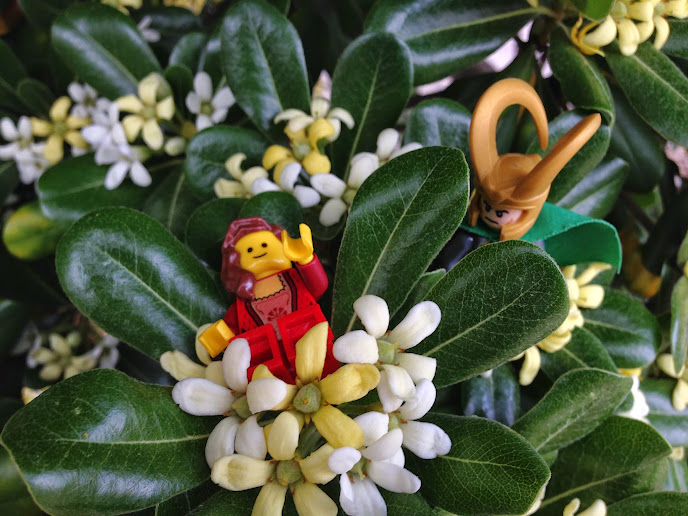 Bleurgh! Sigyn and I disagree about these purple Texas mountain-laurel flowers. She likes the smell. I most emphatically do not. My nose is frankly offended by their cloying fake-grape aroma. Sigyn finds them "yummy." 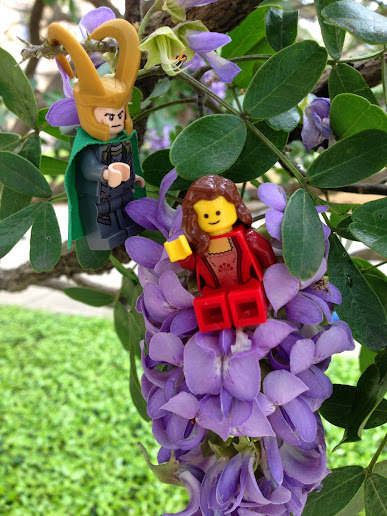 You enjoy the purple soap-candle-cheap-soft-drink blossoms all you want, dearest. I’ll be over there waiting for you. Waaaaay over there. 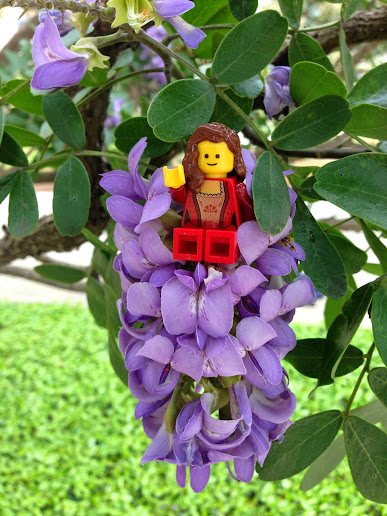 Let’s end our little gallivant around campus with something we can agree on. Do you like this shrub, Sigyn? Do you know, I do too! It is most…exuberant… in its profusion of pinkness. 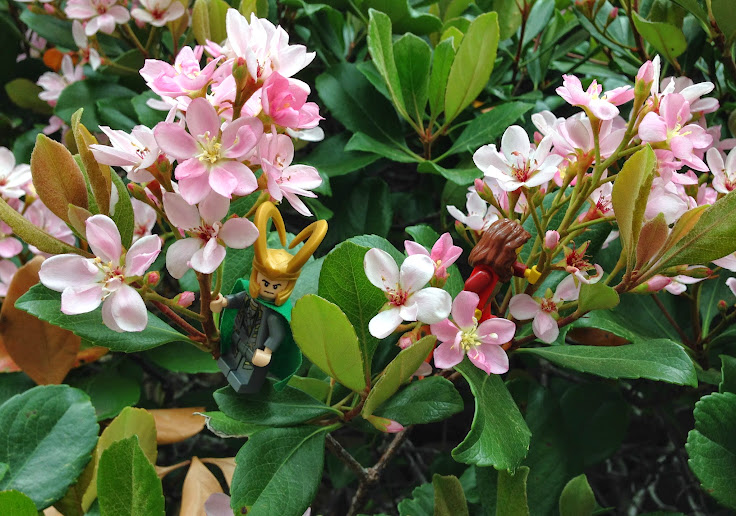 But it is not the pinkness I admire. (I do not "do" pink.) It is the bold refusal to abide by the rules. The flowers are supposed to have five petals, but it makes flowers with six or even seven if it jolly well feels like it. It also thumbs its Rosaceous nose at deer and rabbits, remaining persistently un-nibbled. Bees like it, though, so Sigyn, be sure any blossom you smell is uninhabited before putting your pretty little nose in.

Had enough landscaping for one afternoon, Sigyn? Me too. Let us repair to the human female’s office. l believe there is a very important report on her desk that is just begging to have all of its tables and figures rearranged before it goes to the Division Head.