I am now exploring the smallest compartment on the outside of the human female’s backpack.

Take this, for example. Why is she carting around this little rag?

Hmm. It is very soft. Oh, I know! It is one of those fancy microfiber cloths for cleaning eyeglasses. But how in Hel does she expect it to clean glasses when it is covered with crumbs and I know not what? No wonder her lenses are all scratched. Junk.

Well, all right. Not all of the contents are useless. Among the half-empty tubes of lip balm and the crumpled receipts there are some little vials of liquid. You may recall that she is prone to dry eyes and that her medicine comes in these little twist-top containers. 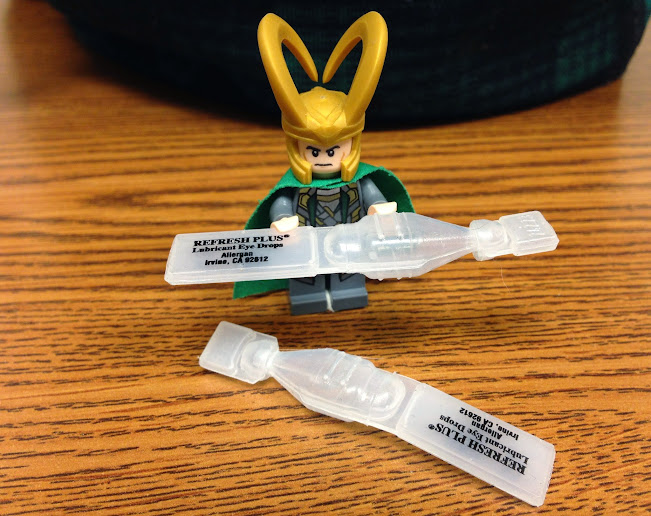 Now that I think about it, my eyes are a little scratchy. 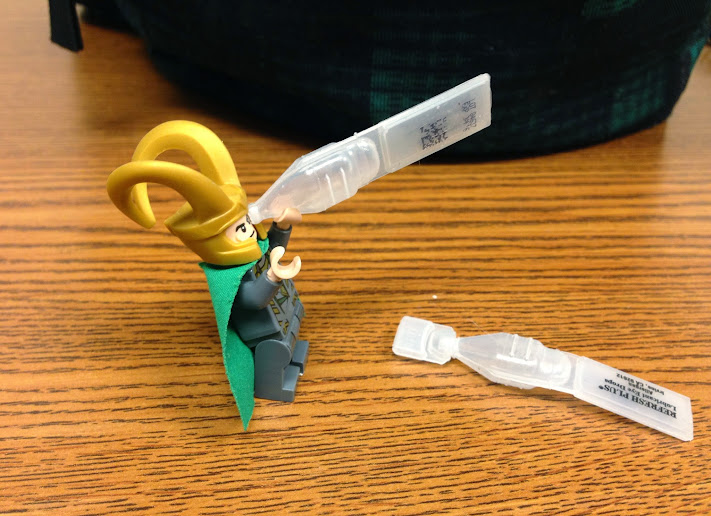 Huh. Empty. Both of them. She does that, you know–says she is going to put them in the all-types-of-plastic recycling bin, drops them in her backpack, and then forgets all about them. She does the same thing with her yogurt containers from lunch. I tell you, this place is a regular oubliette. 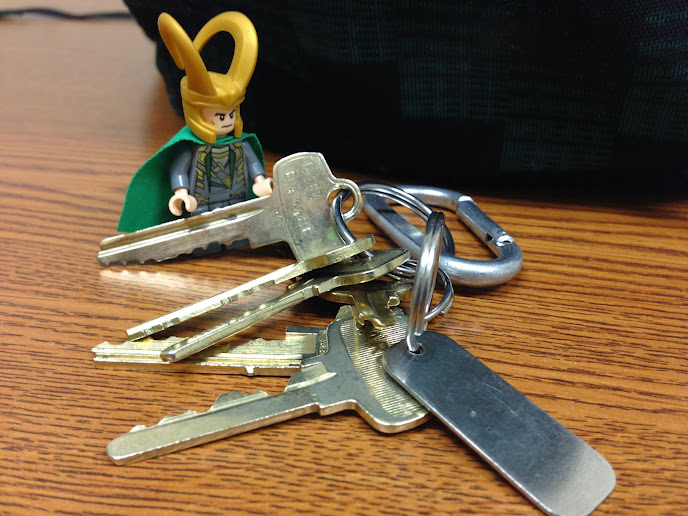 She’s so absent-minded that she had to put that carabiner on, so she could clip them to her belt loop. And the only reason she can ever find the one for her office door is because she painted it with some green nail polish. One of them doesn’t even unlock anything. I just added it to make the keyring weigh her pants down more. She hasn’t caught on. See that Medic Alert tag? It doesn’t say, "diabetic," and it doesn’t say, "epilepsy." Did you even know that they make one that says, "gormless"?

What’s this? More keys! These look important too. 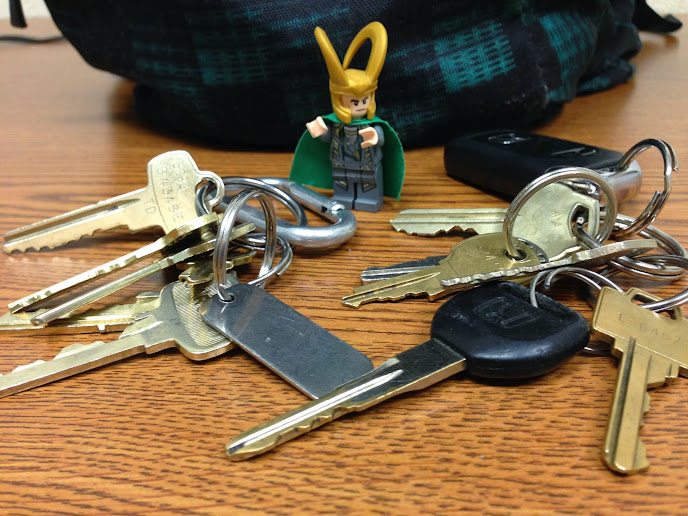 Indeed! That is definitely a car key, and the square-headed one might open a door. The little one is for opening the curbside box where the junk mail lives.

This one, though? I have no idea. 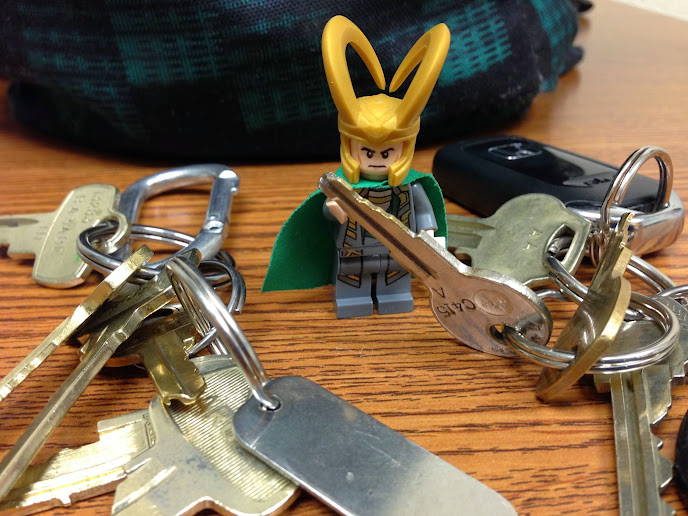 You know what? Neither does she.

*Google Translate is your friend.