Just because I am slogging through piles and drifts and eddies of all that is baffling, useless, goopy, or ritually unclean down here in the human female’s backpack, do not for a moment think I have slacked off in the mischief department. Mischief level: 5.

1. Everyone in the department received this memo from the building coordinator: “This email is to inform you a criminal incident has occurred in or around your building. An individual attempted to gain entry into Heldenfels through room 004C through the steam tunnels, causing damage to the lock, handle, and door frame. Several doors in the steam tunnel were also damaged. This case is currently under investigation.”

That was not me personally, but I do have henchmen working in the area. The human female’s basement space houses many dead animals. I have no interest in those, but other rooms in the basement have valuable equipment, and I need a few things for my super secret lair. Clearly, though, I shall have to have a little talk about *finesse* with my workmen.

2. What goes up must come down. The building’s elevator was due to be offline for maintenance, starting on the 15th. I made a few phone calls and it has been moved it up to the 12th. The pick-up of all the dissection specimens from a whole semester’s worth of dissections is scheduled for the 13th. The humans have been flailing about with phone calls, schedules, staging areas, and hired muscle. I plan to help shift things. Not because I care whether all the specimens get to the incinerator, but because I might have a use for a preserved feline carcass… (The human female just falls into bed without checking. If I lived with me, I would be more careful.)

3. I have noted before the human female’s addiction to ice cream. While I am not responsible for her favorite manufacturer having to shut down for a few months due to a contamination problem, I may have done a little magical nudging to ensure the return to production is delayed as long as possible.

In other news, Science has once again confirmed that I am pretty darned special! They have named a very important organism after me. How do you like that, Thor?

We are nearing the end of this foray into the unknown, and I have saved some of the more bewildering objects to show you. Why she has any of this, I could not begin to tell you. 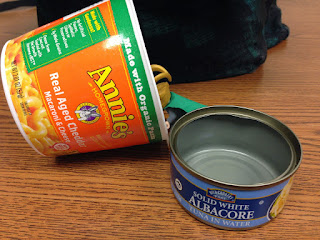 Memories of lunches past? Mercifully, both are clean. She really does need to tackle the recycling! 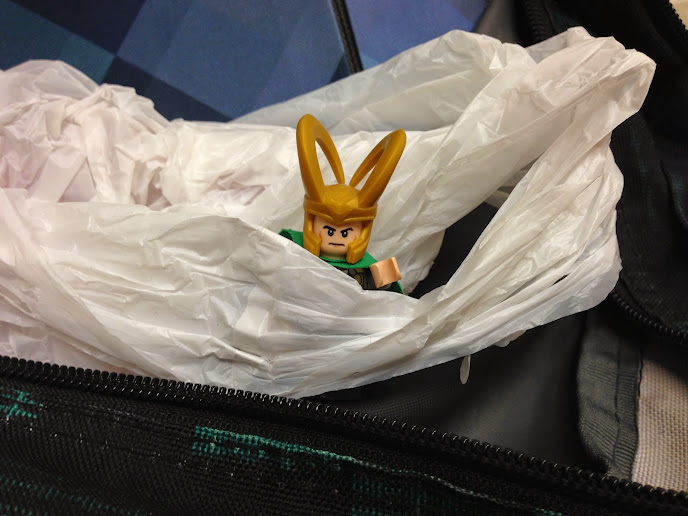 An empty plastic shopping bag. Why? Perhaps something else that should have been recycled?

There is a pachydermic slogan button. 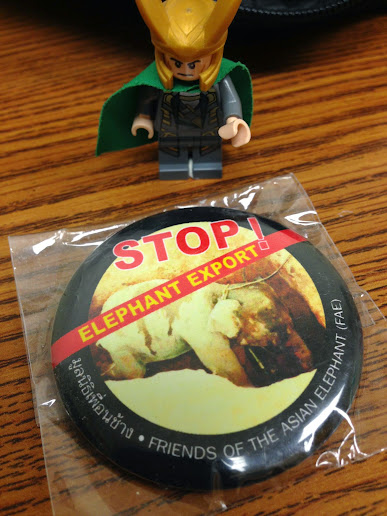 And a rubber fish. Why? 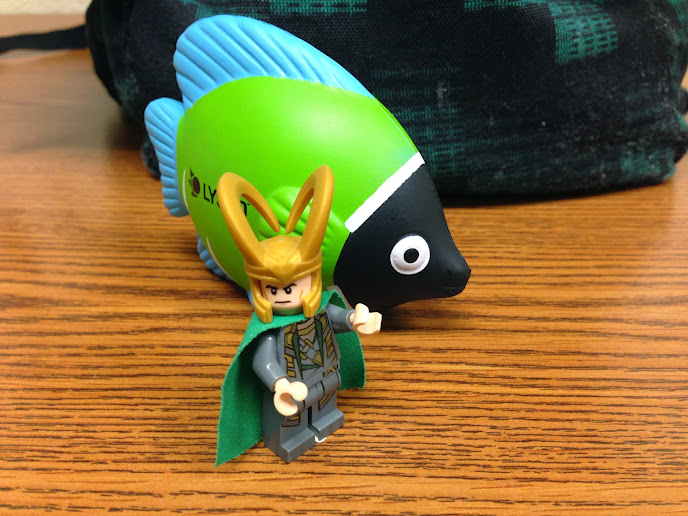 I’ve heard she keeps a huge rubber bug, too, but I have not found it.

Here is a spring-loaded… thingy. It’s either something for holding papers together or another fiendish exercise device. Neither one belongs just loose in a backpack.

I think I will clip it on the last few hairs of the cat’s tail while she sleeps. 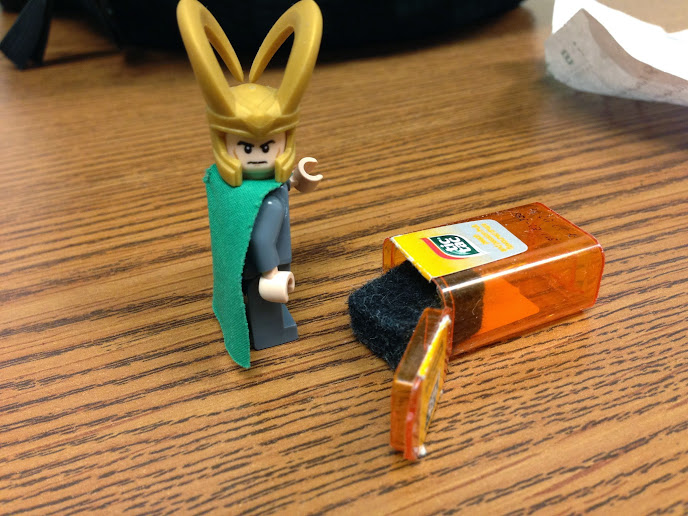 It is a miniature candy container, empty, and carefully placed inside it is a small brick of dense black felt. I defy you to come up with a scenario for which this makes an iota of sense. 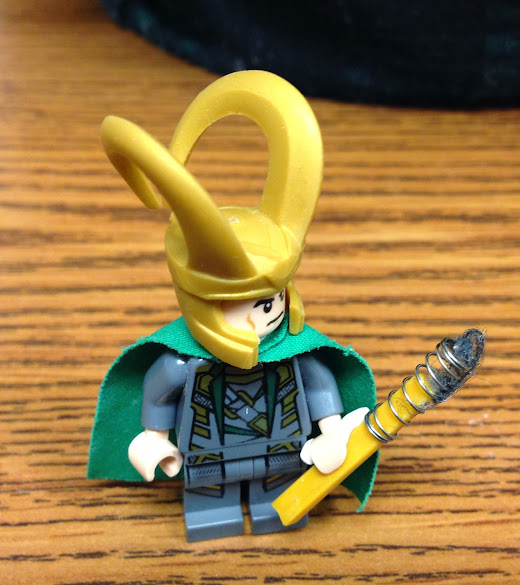 Explain to me… Oh, wait. Just the other day she tossed out clickable pen that had lost its click. Found: one click. Note the icky little fibers caught in the end. This whole backpack is toxic. Suddenly I am wondering if my tetanus shot is up to date. Have I ever had a tetanus shot?! Do Jotuns even get tetanus??!!

There’s only one more region of this backpack of horrors to explore. Next: The Very Depths.