I can’t leave without pointing out that I found this padding-and-rubber contraption in the human female’s backpack, where it most assuredly should not be. 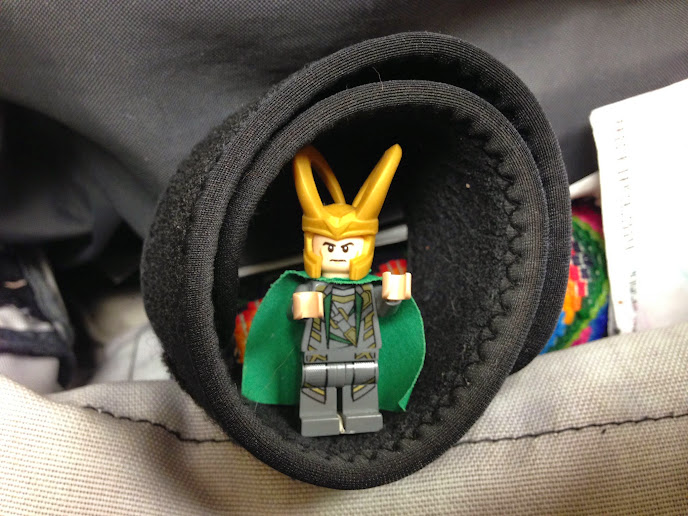 What is it and where is it supposed to be? It is a tennis-elbow band, and it is supposed to be on the human female’s arm. Not that she is coordinated enough to play tennis, mind you, but she has given herself an intractable tendinitis sewing doll clothes, typing, doing yardwork, and attempting dangerous things like folding laundry and reaching for her water cup.

The fact that this has been going on for months now is probably the reason why I found this in the pack as well.

The physical therapists have been unable to help her and now she has to see the Big Guy. Her appointment is next week. My prediction is that he will take one look at her knobbly arm, determine that half the problem is in her shoulder and neck, and tell her to UNLOAD SOME OF THE CRAP FROM HER DAMN BACKPACK!

At the very least, she should quit lugging it around by only one shoulder strap. Using both is much more ergonomically friendly. Though I don’t know how much good that will do as I have magicked them so that one will always be precisely three inches longer than the other. 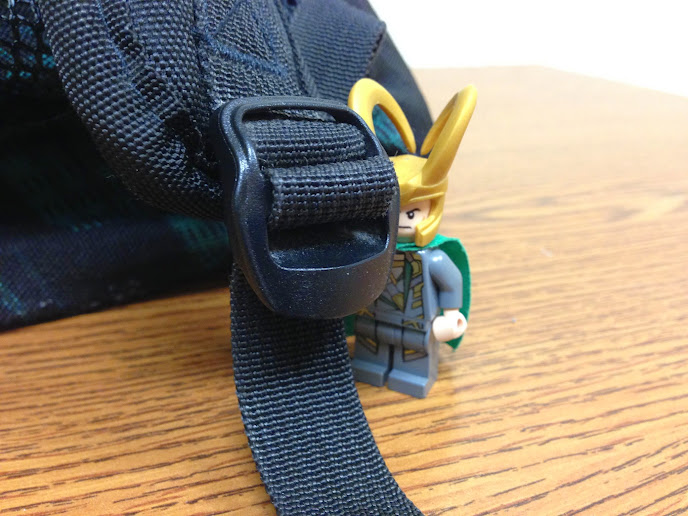 Farewell. My work here is done.