Surprisingly, the human female has plodded on! I honestly thought she’d give up and go home once she found the plant she came to see. But no, she has actually meandered onto a trail she has never walked all of before. This should take us down to the “bottomland” part of the park, the flood plain for the creek.

Here is a puddle- and ditch-loving plant. 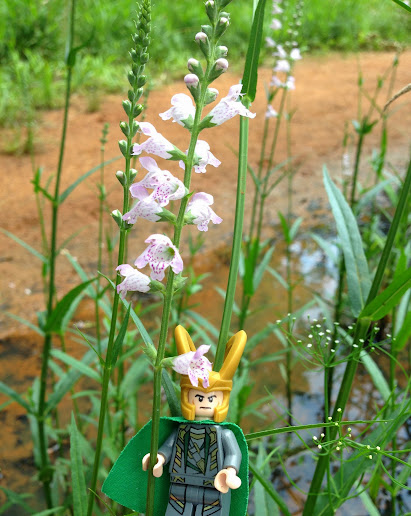 This is one which pleases me–it is called Obedient Plant because you can move the flowers any way you like and they will stay. They do whatever I tell them! Humans should take lessons from this plant!

There are some of the tiny palm trees we have seen before growing down here. They like moist places so they must be very happy! There are also some very tall trees. Several of them are all a-drape in Spanish moss (which, the human female says is neither Spanish nor a moss), and others are festooned with this lichen called Old Man’s Beard. 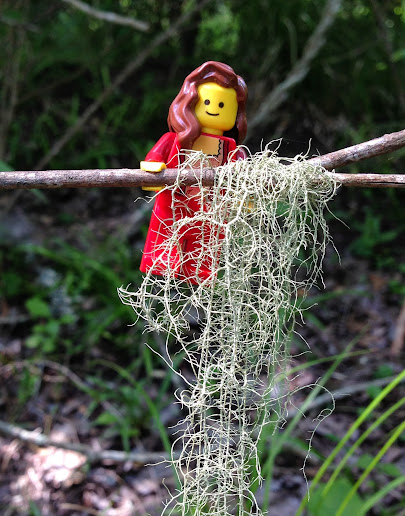 It is wonderful stuff to play with. 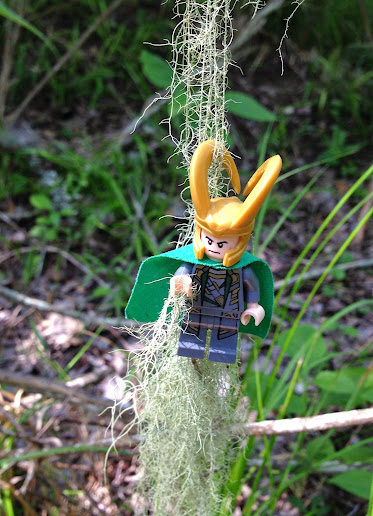 Hmm. Maybe I will magic some on. A greenish beard would lend me a certain gravitas… No? Very well. I shall merely take some home to stuff in the human female’s shoes.

Still other trees are swathed with grapevines. They are good for swinging on. 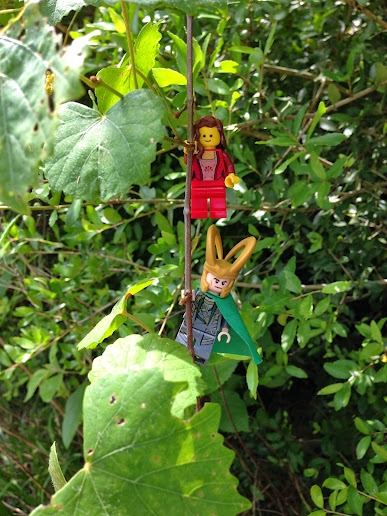 This one has the tiny green flowers that will eventually produce grapes. Sorry, Sigyn. Another snack that is not ready to eat. We can keep an eye on them, though, and come back when they are ready to make wine with–if the critters do not get to them first. 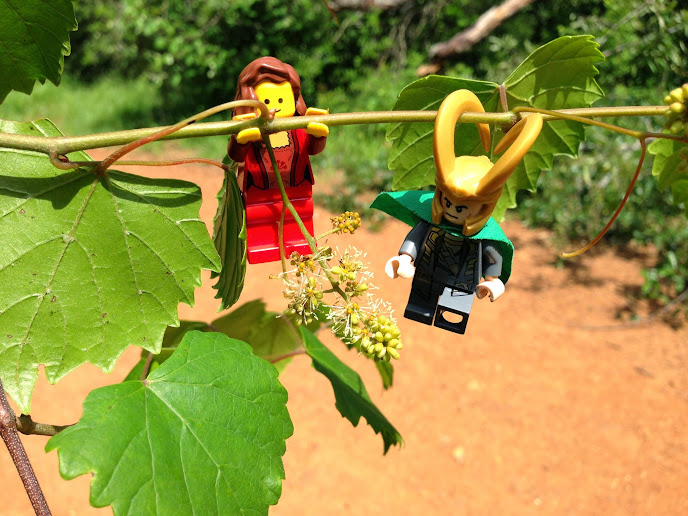 This tree has fuzzy leaves and is growing marbles:

The human female calls this Mexican Plum and says the fruit are edible later in the summer. Too hard and green to eat now, though. Sigyn, we have learned that early May is not the season for a mosey-and-munch trip, haven’t we? We will definitely want to come back later!

Our trail has made a big loop and debouched near where we began. The human female has found one last, very tall, very leafy plant to be excited about. 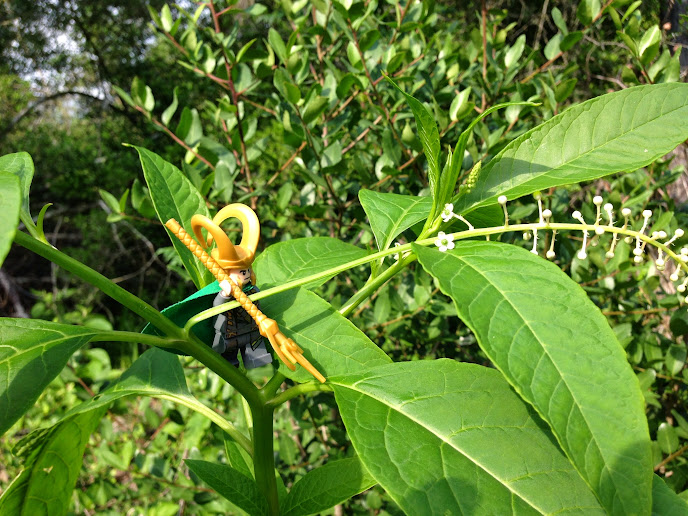