One of the humans’ favorite shops down here is one that sells various imported trinkets, comestibles, and collectibles/dustables from the British Isles. I may be a Jotun transplanted to Asgard, but for some reason I have a soft spot for all things British.

Apparently Sigyn does too. Or maybe it’s just a soft spot for glass hedgehogs.

Mmmm. Sigyn, look–there is a whole shelf of delicious confections! 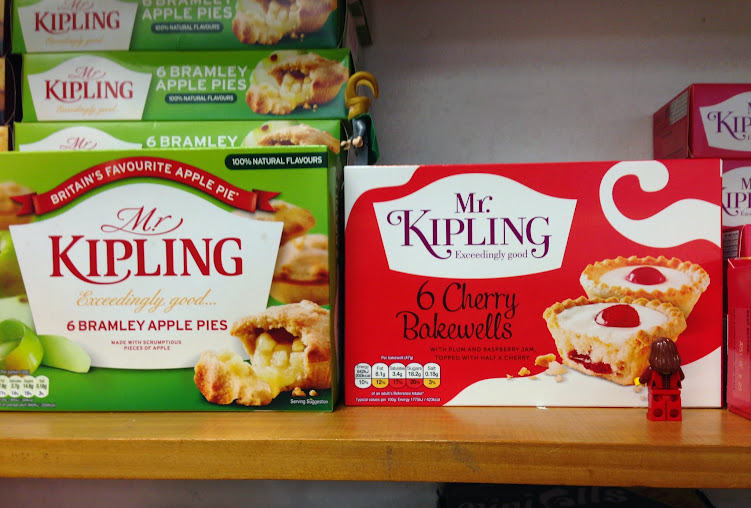 You would probably love those Bakewell Tarts. Not only do they come in a bright red box, but they are full of raspberry jam and almond cream. How do I know this? 1) I can read, and 2) the human female is doing that drooling/reminiscing thing she does when she thinks of what she ate in England. And while you enjoy those Bakewells, I shall have a go at the apple tarts in the green box. They’re made with Bramleys, which the human female says are “a very old English apple best suited to baking and not for eating out of hand.” Apple nerd.

Uh, oh. Like the human female, Sigyn appears to be rapt in contemplation in the Temple of Portmeirion Botanical China…

We may never get the womenfolks out of here.