“Mother Nature” has switched off the waterworks and turned up the heat. As true summer approaches, a long lunchtime walk on campus yields not just an exercised human female, but a sweaty one. Bleargh. Let’s not do that.

Still, the human female has dragged me out for a quick jaunt, in a vain attempt to slow the unchecked growth of the size of her…bum.

It is heartening to see that the campus is equipped with emergency telephones. 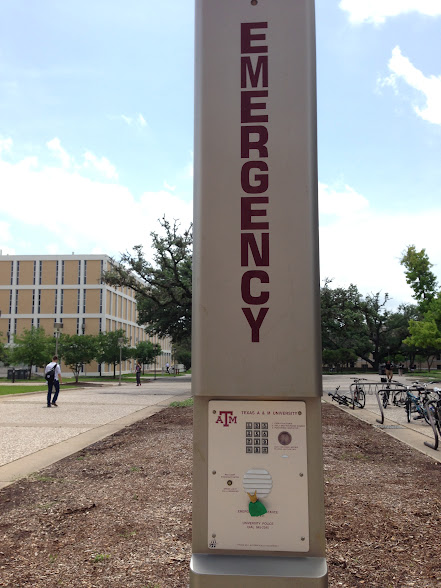 Hello? Operator? Operator! Yes, I do have an emergency. An art emergency. There’s an urgently bizarre installation near the Academic Building!

It’s another one of those loopy statue thingies. 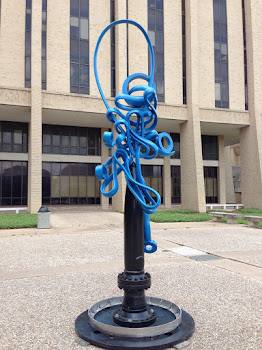 Huh. The dispatcher hung up.

What is it supposed to be? I do not know. It looks to me as if some very large person has been playing with a wad of blue bubblegum, as Midgardian children do right up until the point their mothers say, “Keep that in your mouth or spit it out!” Then it ends up on the sidewalk or stuck to the underside of a desk somewhere. (We do not have bubblegum on Asgard, just a fragrant sort of tree resin that younglings like to chew. Just one more way in which Asgard is vastly superior to this rock.)

I don’t know. I think perhaps it is growing on me. As a statue, it makes a serviceable perch. 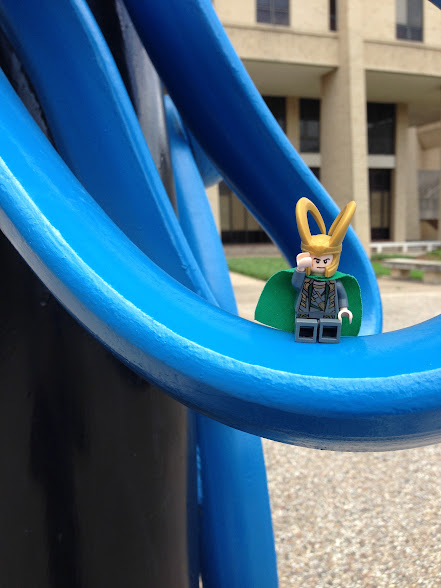 What do you suppose the humans would say if I teleported this…thing…into the middle of their living room? I know the female wouldn’t like it. She’d just see it as another thing she would have to dust. (Not that she does much of that.)

The human female has moved on from art and is, predictably, looking at plants. Do you recognize this woody knob? I did not, but then again, I am not from around here, so I have an excuse. 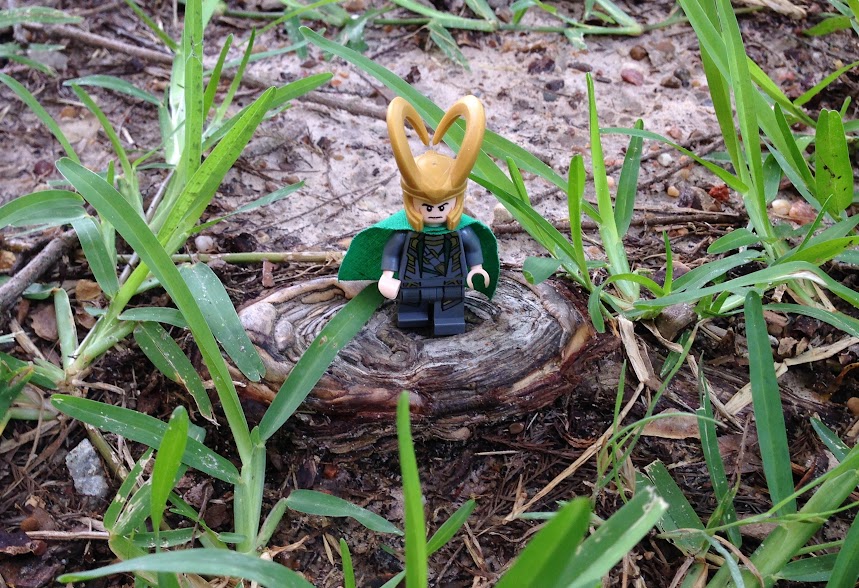 The human female says that this is “a knee from a bald cypress tree.” What has she been smoking? Or maybe her brain is beginning to melt in the heat? I am no botanist, but I do know that trees do not have knees. Or feet, or legs, or armpits, or any other body parts. And is she implying that some other cypress trees are hairy? Is this species more Groot-like than others in this realm? 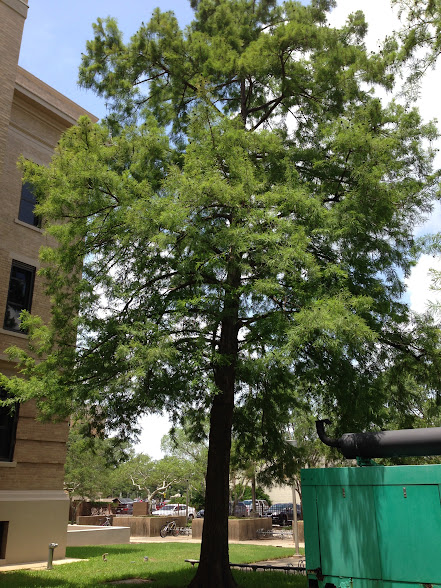 Hmmmm. Maybe a little around the bark…

Still, if it has knees, it can kneel, yes? Kneel, tree! Kneel before Loki, Lord of all things animal, vegetable, and mineral!