I have, I must admit, learned a great deal from the human female. So much so, in fact, that I feel eminently qualified to give the following presentation on a fascinating, very Scientific subject:

An Interesting and Important Fungus.

Fungi may superficially resemble plants but are actually more closely related to animals than to plants, according to the most recent systems of biological classification. They comprise their own kingdom, and the study of fungi is called Mycology. There are thousands of species, ranging from very small, single-celled yeasts to a honey fungus network lurking in the forest soils of Oregon that has been measured as spanning 3.8 kilometers.

Fungi can be further divided into several classes. One of these, the Basidiomycota, includes what most people think of when they think of fungi, the mushrooms and toadstools. They grow in many different habitats and live on a variety of substrates. Today I would like to focus on one of the more enigmatic species, Conus aurantiacus, commonly known as the Orange Cone Fungus.

It is a very adaptable organism and occupies a number of ecological niches, but it is usually found in disturbed areas, either indoors 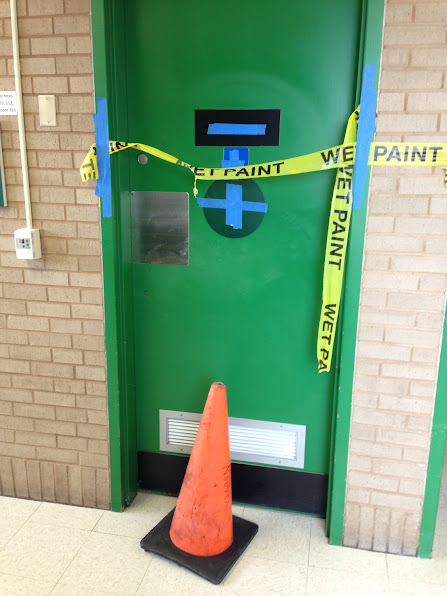 or, more usually, out of doors. It is commonly found in association with broken stone or asphalt, muddy gravel, and brick dust, but it is equally at home in grassy areas. 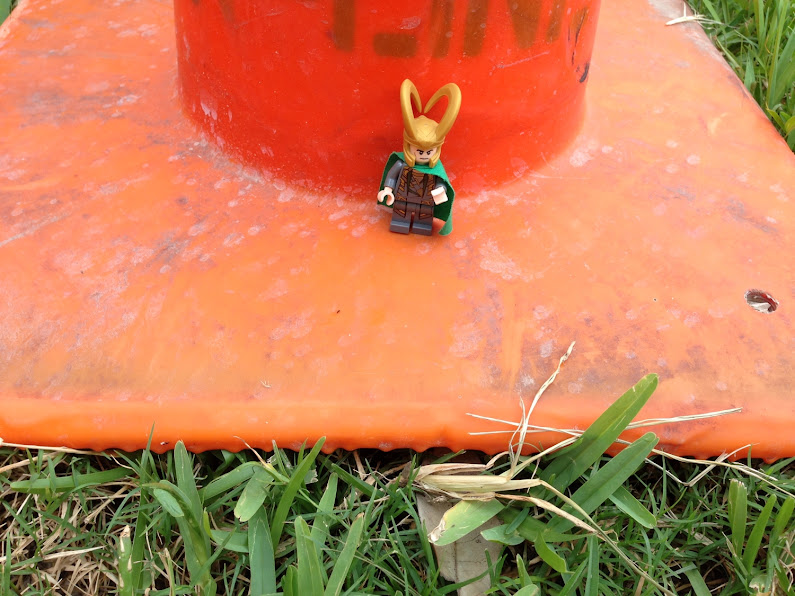 Sadly, it is inedible, having a very unpleasant, rubbery texture and a rather "chemical" taste. Its bright coloration is thought to be a warning to animals which might be tempted to eat it, and certainly, a bird or mammal who samples one of these fungi quickly learns not to bite another one.

While the cone-shaped fruiting basiocarp or "fruiting" structure is the most conspicuous stage of its life cycle, like most fungi, the cone fungus spends most of its life as thread-like strands called hyphae. The hyphae together form a tangled mass or mycelium, which can grow to be quite extensive. When studying fungal mycelia, it is always wise to take care not to become entangled. 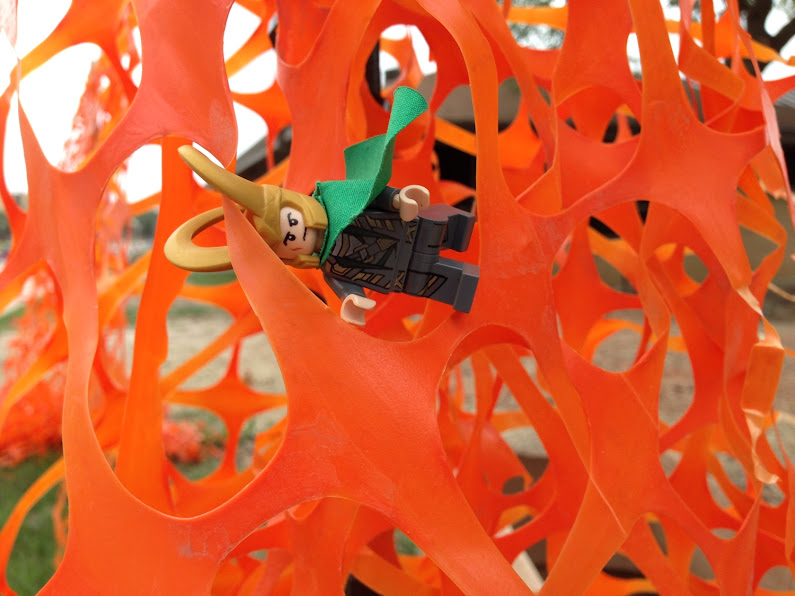 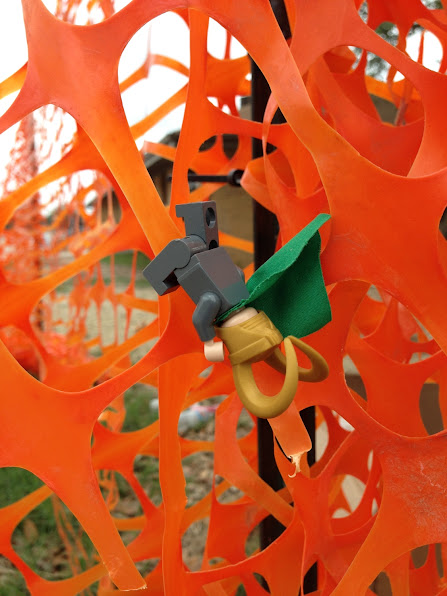 The most common color in this species is a solid, vivid orange, but some individuals feature a black stipe, or base. 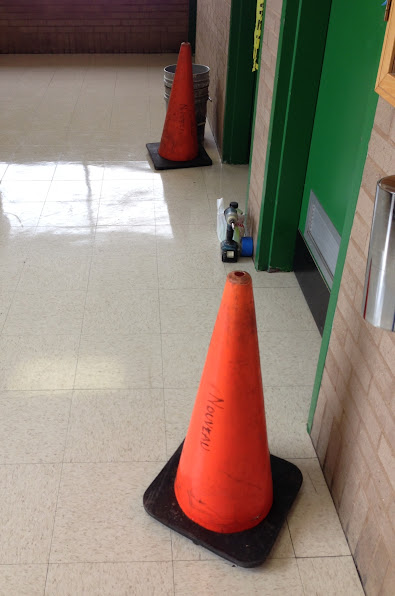 Phosphorescence is common among fungi, and some individuals of this species bear glowing white stripes. These are thought to repel fungivores or perhaps even attract spore-spreading insects and other invertebrates. 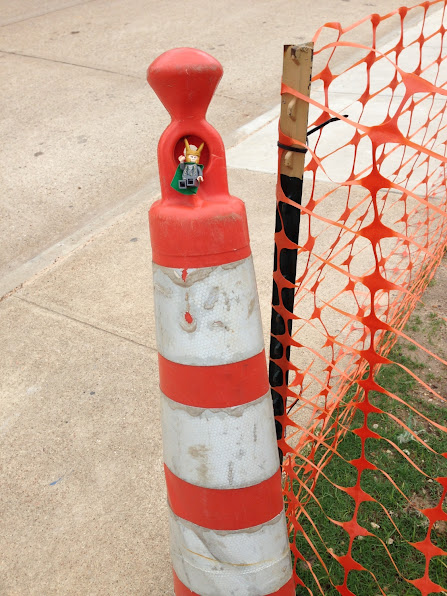 (Those who find blacklighting for insects or arthropods like scorpions interesting but too much like exercise may want to consider flash-lighting for fungi. They are usually quite sedentary.)

Another variety, distinguished by swirling dark markings, appears to be endemic to a very narrowly-bounded region of Central Texas. 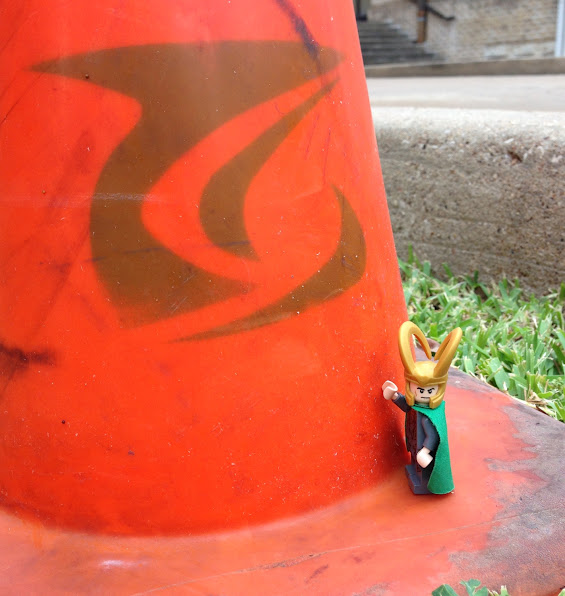 The usual height of the basidiocarp is usually from 0.5 to 1.5 meters, though there are always extremes of variation. This is the smallest one I have ever recorded. 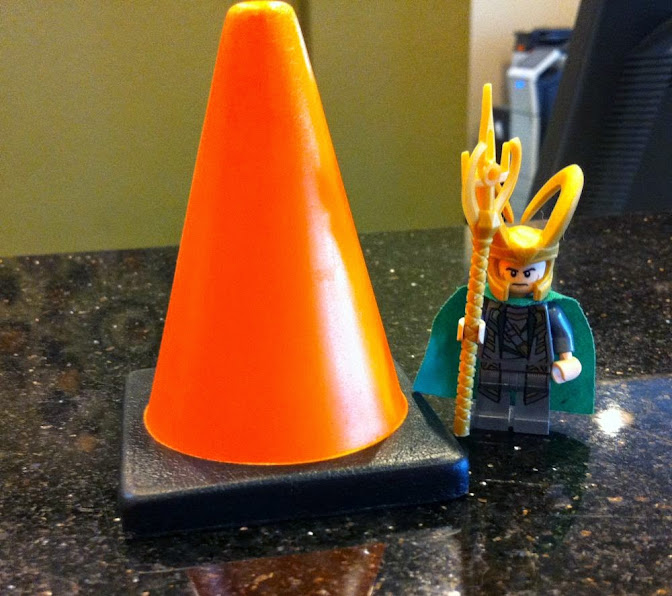 Because it is found in similar habitats and has a similar coloring, the Gravelly Bag Fungus, Sacculum aurantiacum, was once thought to be closely related. However, it is not a basidiomycete, and its bag-like structure full of hard, round spores places it firmly within the Ascomycota, or sac fungi. 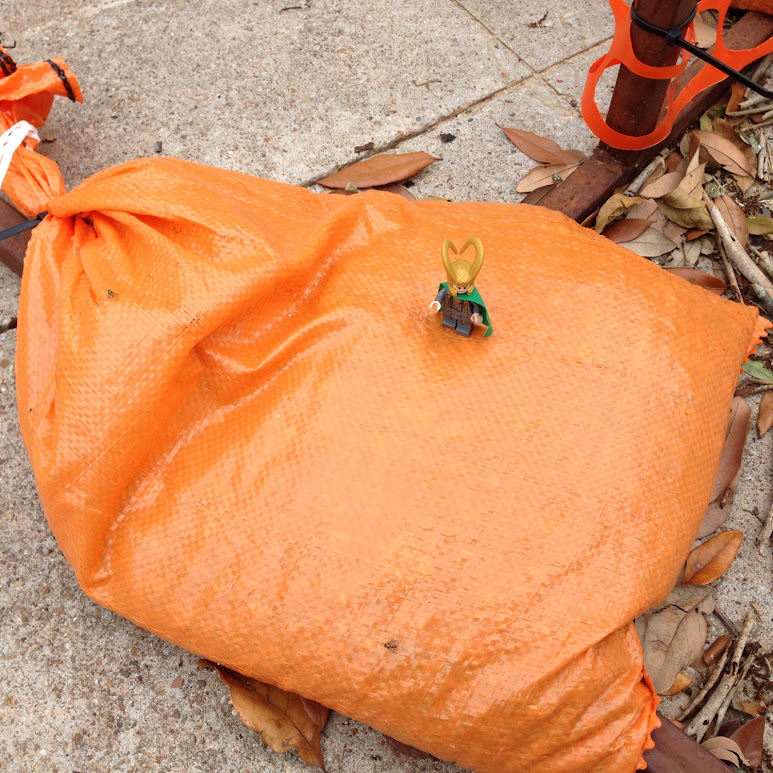 Leaving aside the pathogenic rusts and smut fungi, many of the basidiomycetes have long been thought to be either mycorrhizal, growing in association with the roots of trees, or saprophytic, deriving their nutrients from decaying organic matter in the soil. The genus Conus, however, forms no association with trees. In fact, where Conus is abundant, trees often suffer noticeably. Recent research suggests that C. aurantiacus may utilize its mycelial nets to trap small organisms for digestion as prey. 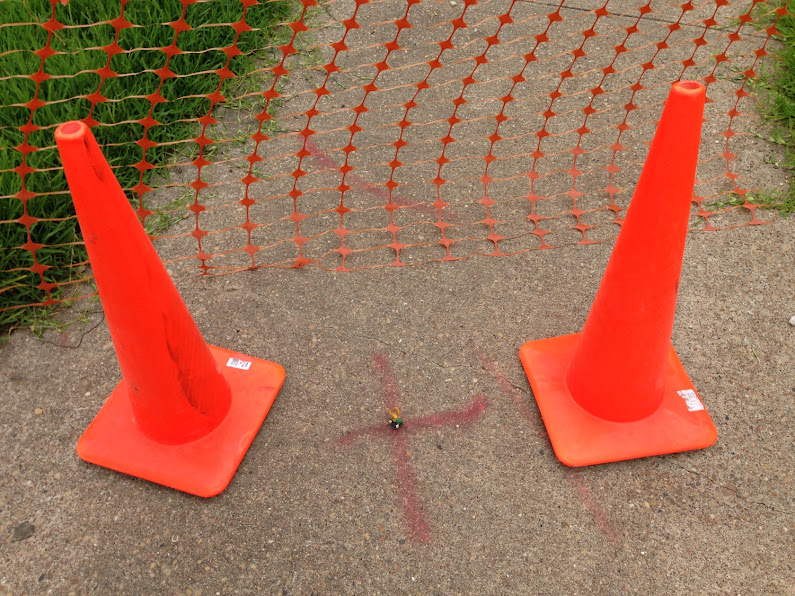 I am willing to dare much for the sake of scientific discovery, but I suspect that standing here on this "X" puts me at substantial personal risk. The question of active predation is a hypothesis I will leave to have my minions investigate.

Reproduction in the basidiomycota is unusual. Much of the mycelium is haploid, each cell having only one set of chromosomes. When hyphae of two separate, compatible strains meet, their cells may fuse, a process known as plasmogamy. However, the fusion of the nuclei in the resulting cells does not happen right away. This fusion (karyogamy) may take place years–even decades–later, while the cells continue to divide and grow into a mycelium in which every cell has two separate nuclei (dikaryotic.) When the time is right, the nuclei fuse, spores are formed through meiosis, and the familiar cone-shaped basidiocarp is formed.

Spores in most basidiomycetes are borne on gills which hang underneath the cap or pileus. However, dispersal of spores in C. auranticus is generally through a pore in the tip. 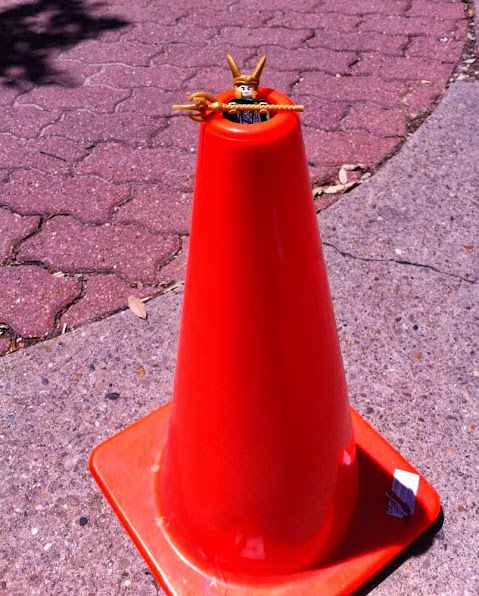 This gill-less method of spore dispersal suggests a close affiliation with puffball fungi, formerly placed in their own group, the Gasteromyceta. However, DNA sequencing has proven the Gasteromycetes to be polyphyletic and nested firmly within a diverse Basidiomycota.

This specimen has shed its spores and toppled over, showing the hollow interior where the spores used to reside. 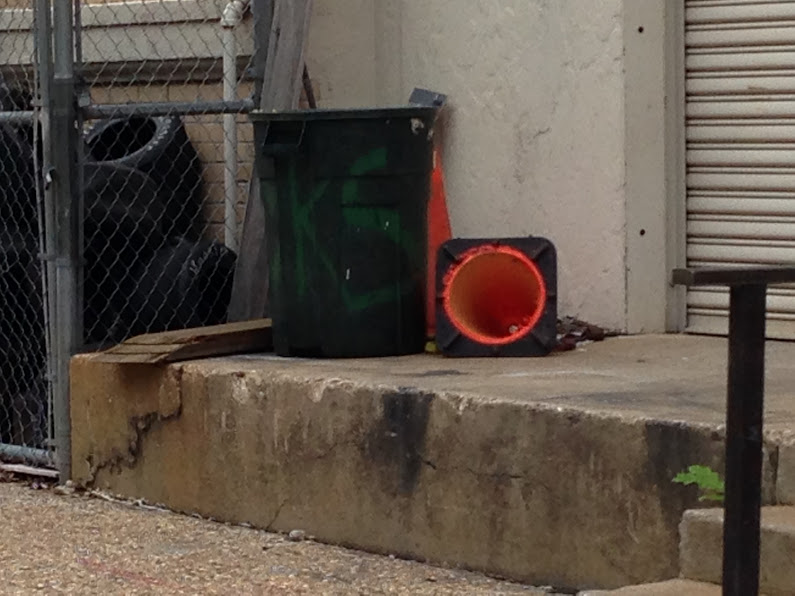 This is the end of the line for this individual. Crumpled fruiting bodies can often be seen along the highway. But fear not! A new crop of vivid orange cones will crop up again when the weather is favorable.

Unless there are questions, this concludes my presentation on this important and interesting species.