We have reached a special shelf holding folios. What have you got there, Sigyn? Ah, cute little red flowers. The lithographic work is very nice, and someone took great pains to capture every tiny detail. Dissection is a lost art. 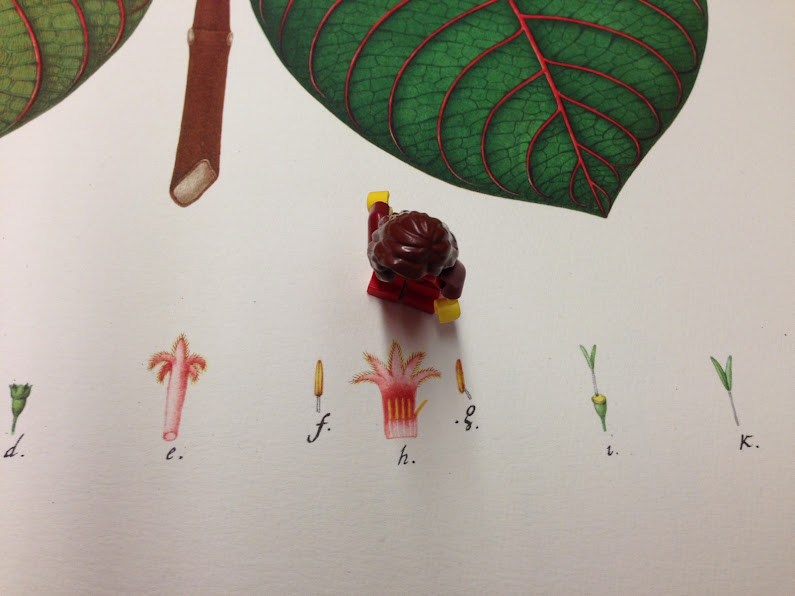 Um, this is quite a large book, isn’t it? 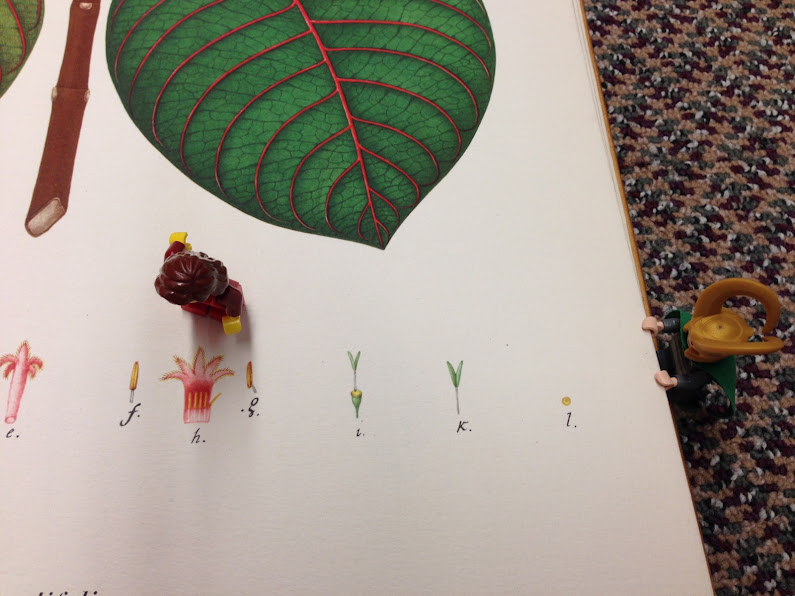 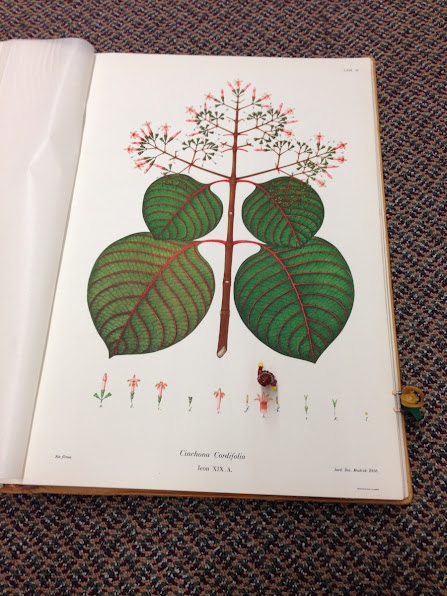 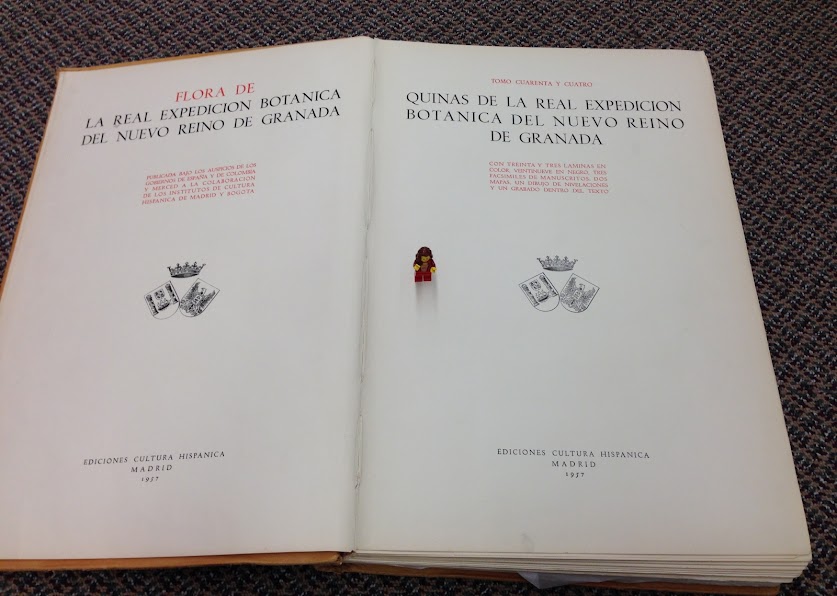 The human female had great difficulty lifting this from its resting place and has had to sit on the floor to examine it. She has apparently forgotten what furniture is for. I have heard of "coffee table books," but I think this one, with the addition of legs, would make a fine table on its own!

I have, with some effort, turned over a few pages. This is curious–all of the plants depicted in this book appear to be of the same genus.

Ah–now it is clear. I am not sure if you can read all of the print, but this is only Volume 44 from a very large, very elaborate, very expensive set documenting a botanical expedition to a part of Midgard known as New Granada. This expedition occurred several centuries ago (1783-1816), though this book dates from 1957, when bibliophilic ostentation was very much en vogue. "Observe, friend, how I have spent a year’s wages on half a hundred large books which are too large to hold and which eclipse my desk entirely."

But I do love a good embossed leather cover… 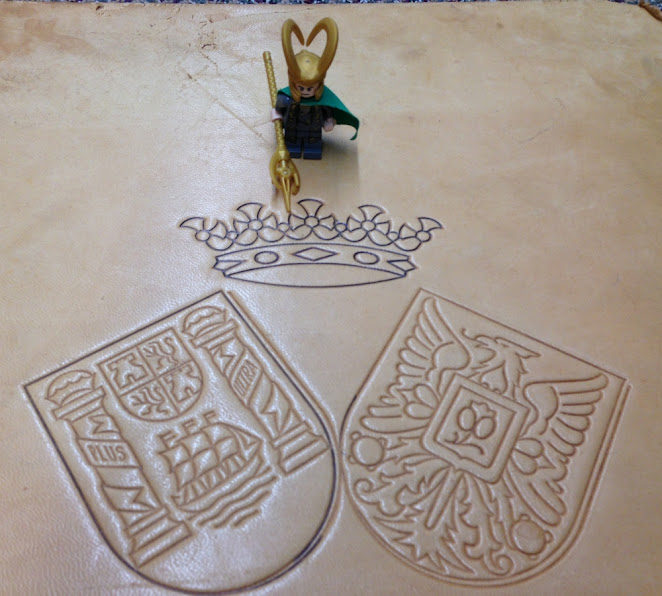 Which reminds me. I need to start thinking of what sort of crown I want when I take over this realm. I quite like my horned helmet, but perhaps something even more regal?