I knew it! I knew it! I was certain that the human female must have had something to do with Sigyn’s kidnapping by that malevolent duplicate-me.

And I was right. That little wad of metastatic mischief flourished on her windowsill for weeks and she did nothing. No, she just mindlessly watered the little bastard right along with all her houseplants and never stopped to think what he might grow into. She could have saved Sigyn a lot of pain and heartache by just snapping his handsome but evil head off the minute it poked up out of the soil.

She will pay. I hereby rededicate myself to causing her as much grief as I possibly can. Tormenting her zooms straight to the top of my to-do list.

Today I’m going to hit her where it hurts, in her precious music collection. 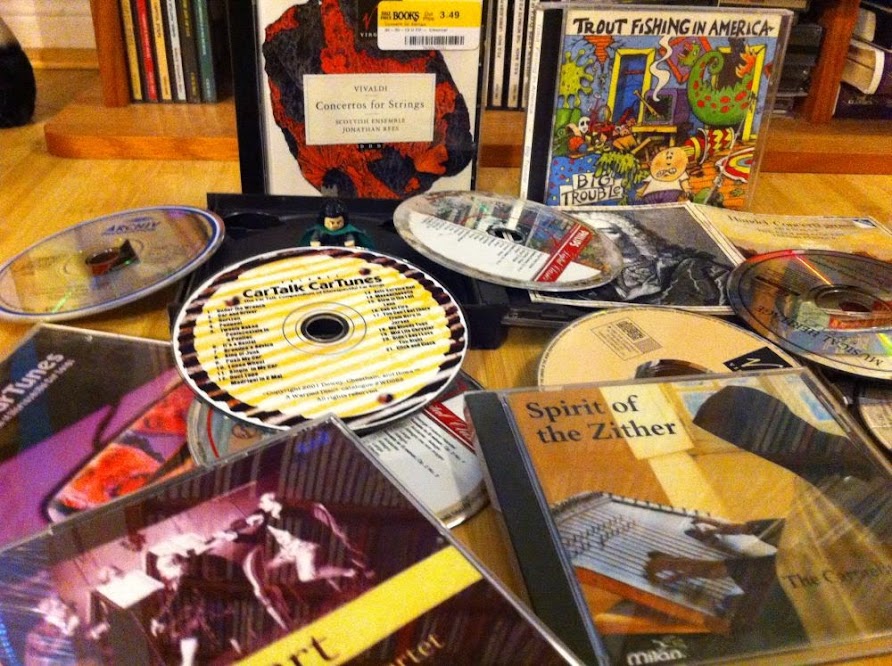 Let’s see… The Car Tunes CD goes in the Mozart quartets case. Telemann goes into the Beatles’ Abbey Road case. Vivaldi, you trade with the zither-playing nun; Loreena McKennitt, you’re being replaced by Jethro Tull. The Lion King soundtrack will sound an awful lot like Gregorian chant. In Pig Latin. The second disk of Haydn’s Die Schöpfung will get swapped with the human male’s most obnoxious King Crimson album. The irreplaceable boxed set of Corelli’s complete works? Two disks missing and a third scratched beyond polishing. Chanticleer’s Mexican Baroque? Poof! Liner notes up in smoke.

And you see her Pandora dashboard?

Next time she’s away from the computer, I plan to get into her favorite chamber music station and thumb down all the Handel. I’ll load it up with country western, and then all her high-falutin’ Renaissance polyphonic choral warbling is going to get a good dose of rap. Her carefully-coached Ceilidh station, which plays Celtic dance music–well, that one will just vanish entirely. So long, Silly Wizard.

Mortal, you ticked off the wrong Frost Giant.