As much fun as the dinosaurs and saber-toothed cats are, the humans have actually come to the museum this morning to take in an exhibit about recent archaeological finds from China. Bronze Age stuff from two or three thousand years ago. (Back when Odin still had binocular vision.) Apparently it’s very different from anything else ever found. This imposing fellow greets visitors to the exhibit. At seven feet or more, he’s an arresting presence.

Apparently we are to imagine him covered in gold and holding an elephant’s tusk. I don’t know. *I* think green is more imposing, and a scepter with a Mind Gem would be more intimidating… But that’s my schtick.

Oooh! Look at this. The identification tag says it is a tiger, but I think it looks more wolfy. (Which reminds me–I wonder how dear old Fenrir is doing?) 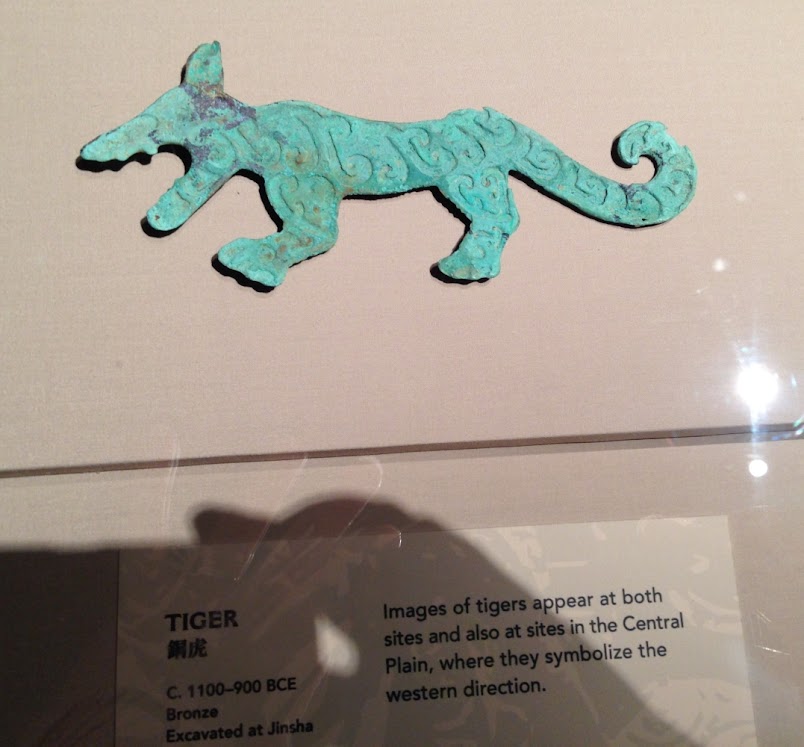 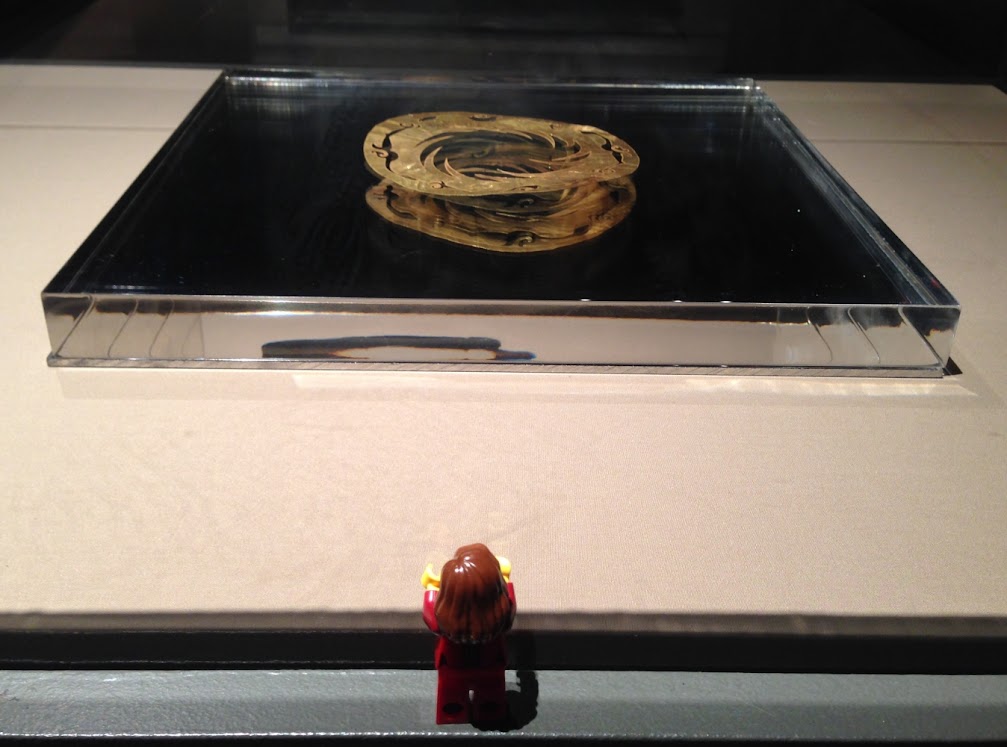 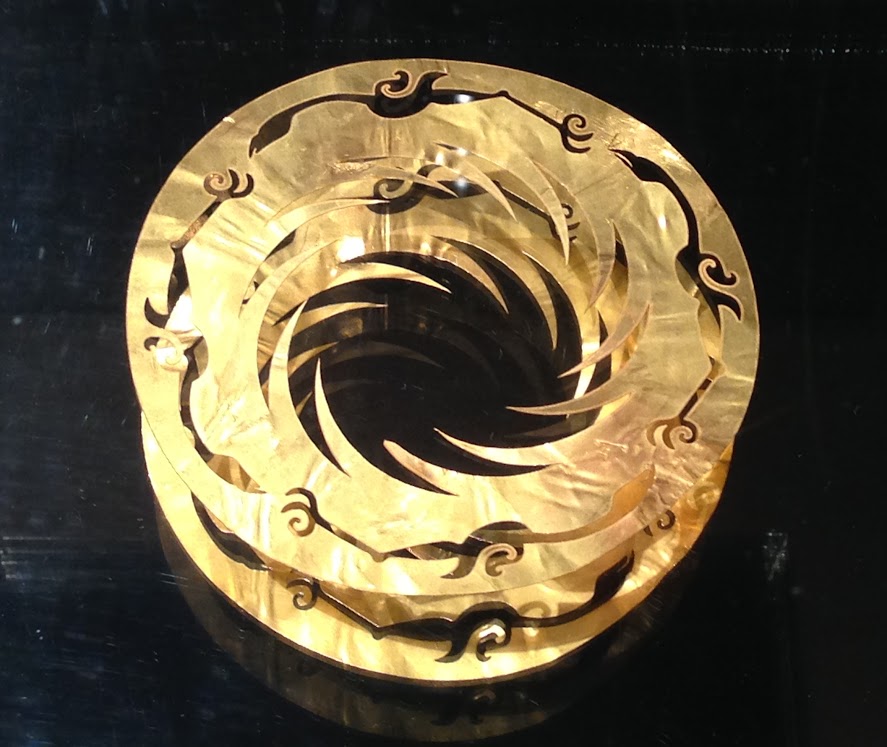 This jade knife, though, is more to my taste (green and pointy.) 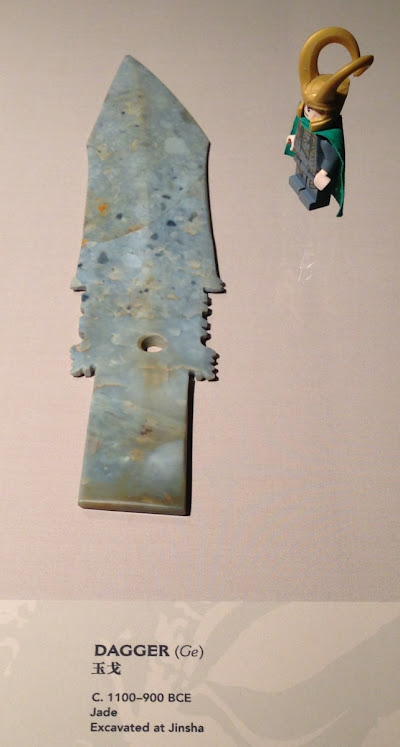 Somehow, I think they will not have replicas of this on sale at the gift shop.

Speaking of jade, we have now finished with the ancient Chinese trinkets and have entered the Fabergé exhibit with all of its carved stone, gems, enamel, and gold. Sigyn, remember as you look around that all of these jeweled pretties belong to one family. They live here in Houston and have graciously lent their entire collection, including the famous Nobel Ice Egg, for display. Photographs scarcely do all this beauty justice.

Sigyn, of course, is immediately drawn to the carved hardstone flowers in their rock-crystal “vases.” The lily-of-the-valley blossoms are made of pearl, 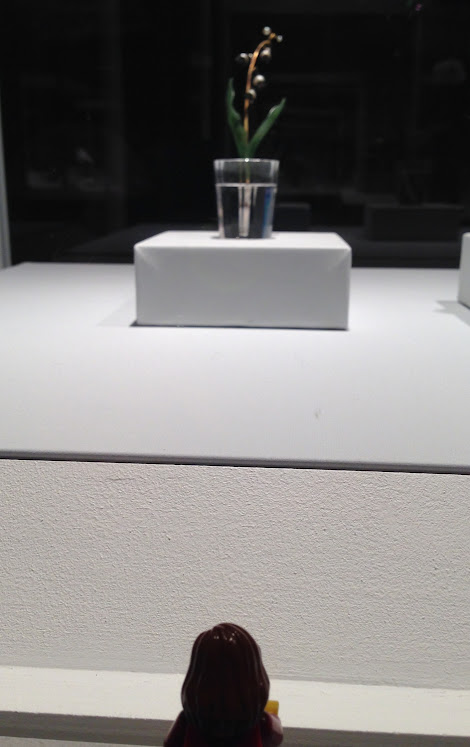 while the gone-to-seed dandelion’s fluffy bits are rendered in natural asbestos fibers.

Dratted glass gets in the way of a really good look, doesn’t it? (Better photos here and here) 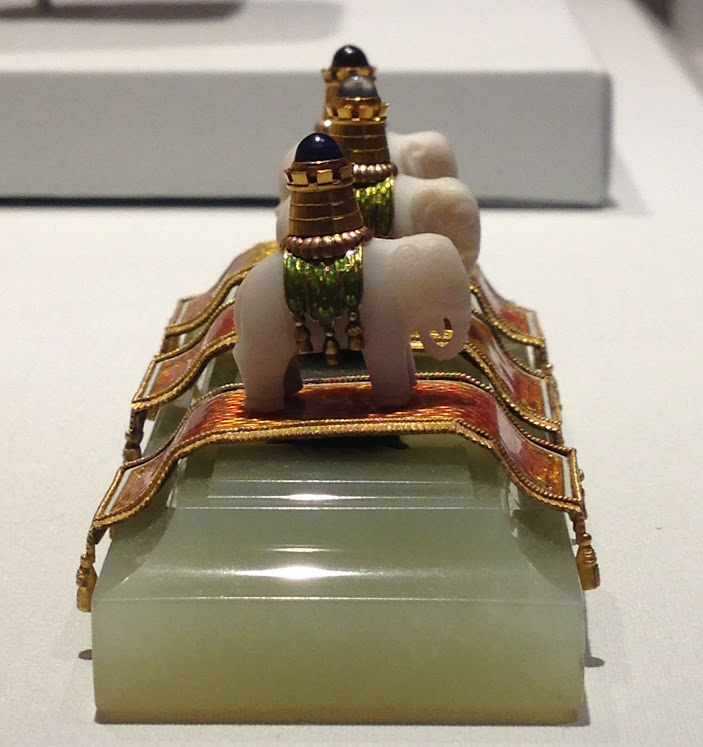 Ehehehehe! Sigyn, look how fun! This elephant is a match-holder and striker. His body is made of a river stone. (Grrr. I HATE photographing through glass!) 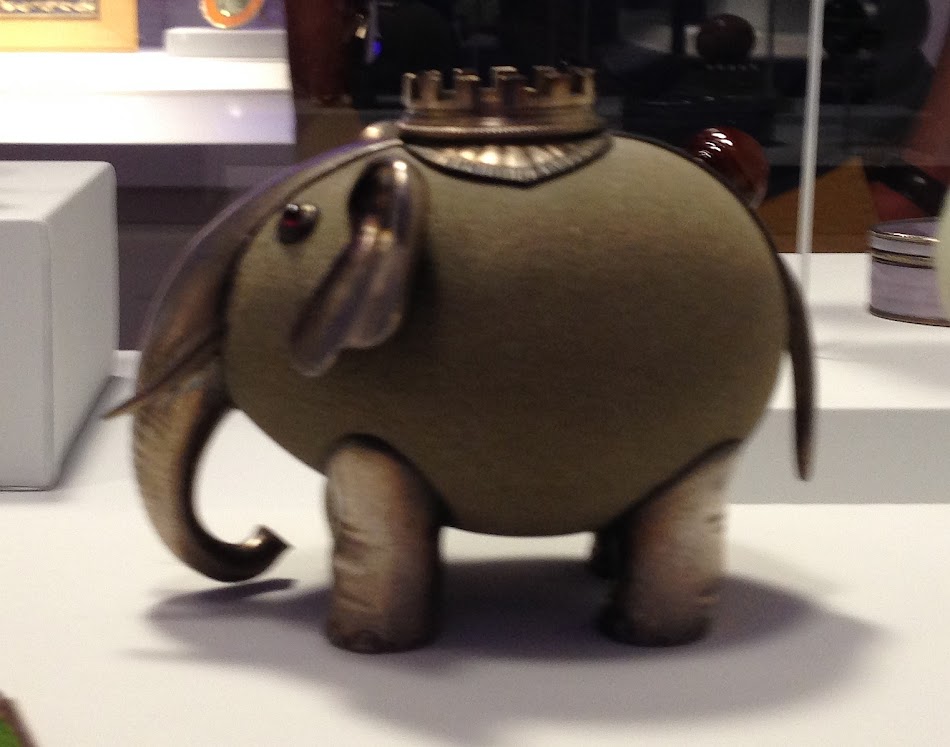 I may not know much about art, but I can certainly appreciate the craftsmanship evident in all of these items. If there weren’t so many people around, I would take a little something as a present for my dearest. Sigyn, just in case I can locate the fire alarm, which is your very favorite piece?