Well, I’m not sure how, but the human female managed to recut the missing quilt pieces.  Now she has all the bits laid out on the floor, making sure she likes their arrangement.  She seems satisfied, so it’s time to start sewing. 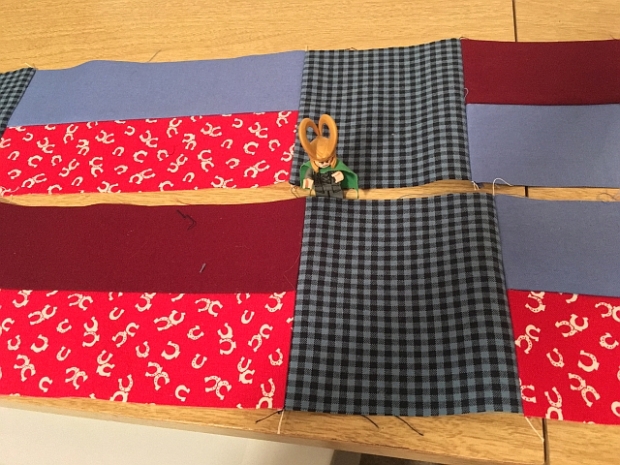 Which would be splendid, except that no part of the quilt is supposed to look like that.  Eehehehe!  I distracted her and she put things together wrong!  The maroon bits are supposed to go all around the quilt, just inside the border, not all staggery like this.

I love the sound of a seam ripper.  And muted cursing. 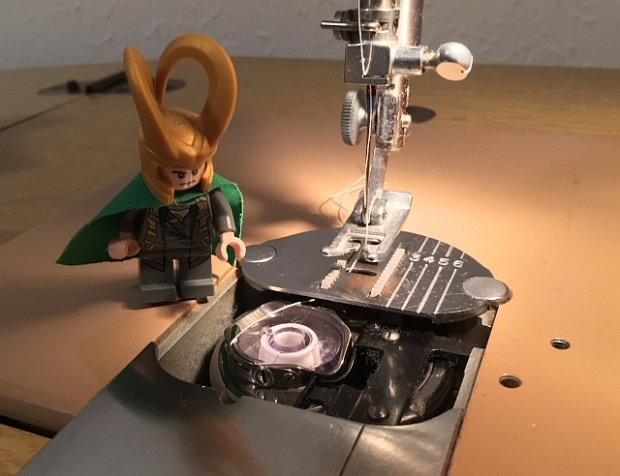 Oh, there’s enough left for a dozen more seams, at least!  But I bet she’ll forget to keep an eye on it and run out.

Odin’s eyepatch!  Would you look at that! 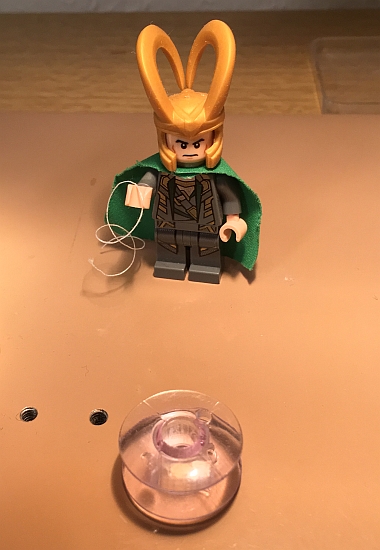 She finished a seam with this much left.  That is cutting it mighty close.  Much as I hate to, I have to compliment her.  Good catch!

Just for that, though?  It’s time to wind a bobbin, and I have plenty of tricks up my elegant leather sleeve.

You see, the machine is old and there’s one bit that’s sticky.  That’s the part that releases so that when winding a bobbin the needle doesn’t go up and down a million times.  If the human female remembers to unthread the needle, it’s not a problem, but it’s late at night, she’s tired, and it’s been a while, so she’s forgotten.  And I haven’t reminded her.

Thus, about ten winds of the bobbin in, the needle has tied itself up down in the bobbin race and things have come to a clanky halt. 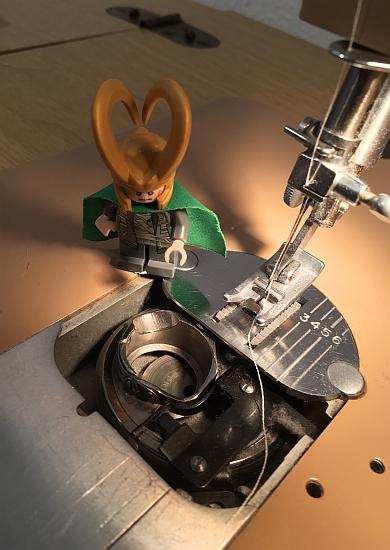 Now she’s done it!   She’s got to take the bobbin case out of the race and get it all sorted out.  Release this clamp… 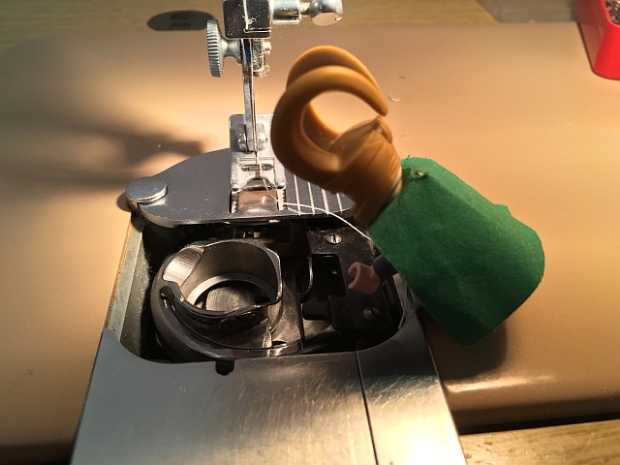 and slide that and lift this and… 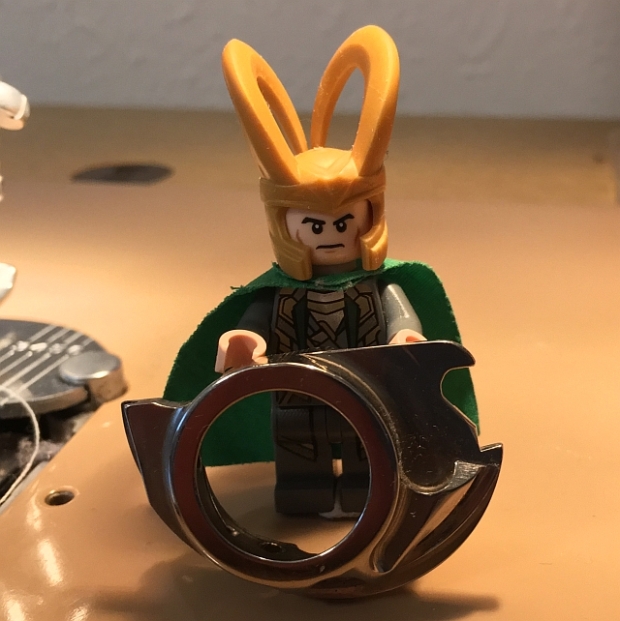 Great Frigga’s Hairpins, woman, when was the last time you cleaned things out down here?!  There’s all sorts of fluff and thread ends and…

yes, a pin bent into a V and jammed down in there.  How did this poor machine even sew?! 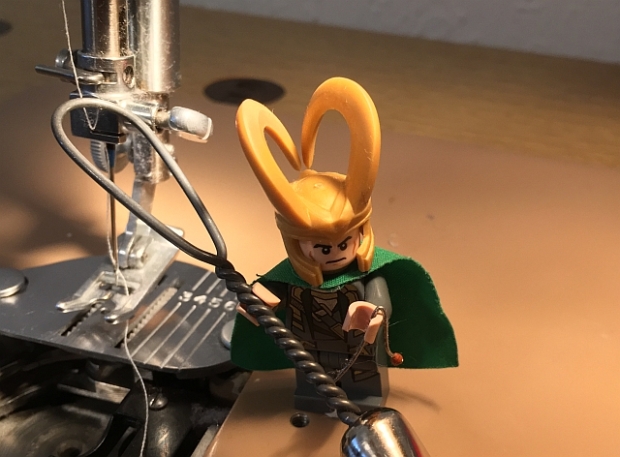 All right.  All clean!  Just need to put the bobbin case back in and…  It won’t go.  Or rather, it goes, but it doesn’t engage.  It’s all loose and stupid and the clamp won’t go back on, let alone the compartment cover.  No, mortal, trying it ten times is not going to work any better than trying it once.  Stop being an idiot, go get the manual, and do it right.

(I am having such fun!  It’s getting later and later and no actual sewing is happening!)

The manual has been located, under two boxes of buttons and notions.  Aha!  The throat plate has to come off.  There’s a lever for that.

Okay, throat plate off, bobbin case back in the race and we’re all set, just spring the clamp and…

And she took the bobbin compartment cover off.  Ehehehehe!  You thought getting the bobbin case back in was hard!   That cover is spring loaded and goes on in precisely one way.   Because, you know, it was never supposed to come off in the first place.   I’ll let her try to put it back on from the front about ten times before I remind her that it has to go on from the back.  Another ten times or so trying to get it on past the presser foot, nudging each end of the springy bit up into its groove with the seam ripper, and viola!  Back in business!

You did it, mortal.  It looks…passable.  Except…  What’s going on with the embroidered cowpokes?  Up there, on the top row.  Notice anything?  I’ll give you a minute…

Ah. Now you see it.  One of the fence sitters was supposed to go on the top row, and the other in the bottom row.  But both of them little fellers is a-camped out on the top row, ain’t they?

Yup.  ‘Round these parts, that there’s what we call a right mess.