The humans are out and about, doing some poking in various emporiums.  Being a little bored, I’ve tagged along. 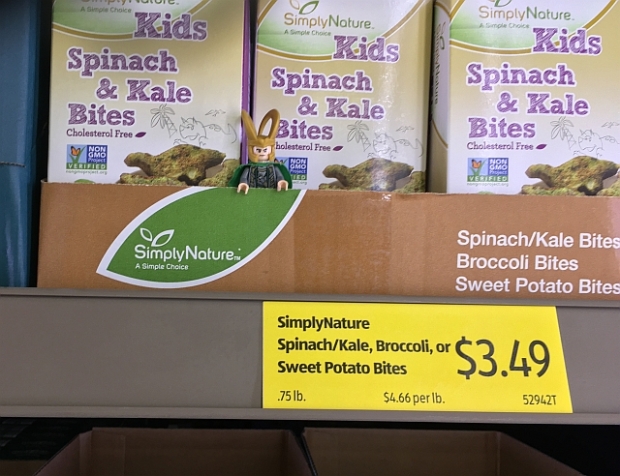 I don’t know much about mortal children and their fascination with dinosaurs, but I can tell you that making kale and spinach into little bilgesnipe shapes would not have induced me or my brother to eat them.   (shudder)  I’m the actual god of mischief and I would never have come up with such a hideous idea.

We’re at the bookstore now. 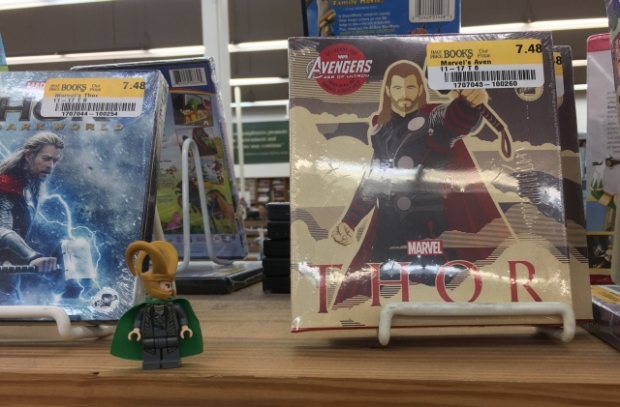 Augh.  I can’t go anywhere without running into his stupid face.