Today is our last day to visit.  The humans, wanting to do something “fun” and “different” today have settled on the last thing I would ever have chosen.

Really?!  We’re supposed to mess around with mud and clay and paint and messy things like that.  I don’t think so.   I don’t “do” messes.  Unless, of course, they’re of my making.

So here we are, at the paint-your-own shop.  We may never get inside, because Sigyn has discovered that there are some “yummy, fluffy, huggable” red-flowered bushes outside the establishment. 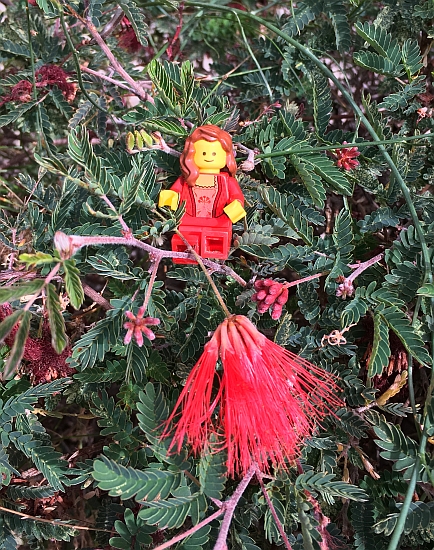 Huggable, Sigyn?  Look at those thorns!

I don’t do jolly, either.

I get it now.  Apparently one picks out a blank item, slathers on an underglaze, then paints it with the supplied brushes and colors.  One then abandons it to the careful ministrations of the staff and picks it up later, all shiny and disappointing.

The human female’s mother has selected a dainty little trinket box and embellished it with some improbably tinted peacock feathers. 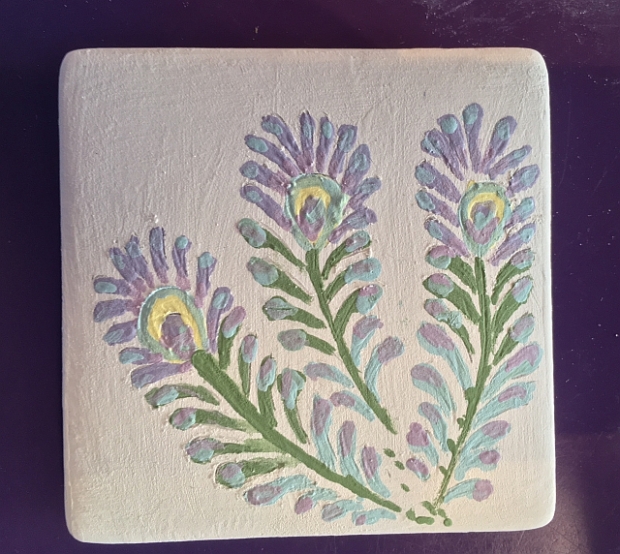 The human female, plant nerd and pathological overachiever that she is, has come up with something far too ambitious and detailed.  She says she wants to put a whole bunch of spring flowers on a simple tile.  (Blank tiles are cheap.  The human female is cheap.)

Well, it looks like she’s managed to dribble on something vaguely plant-y.   It has taken her ALL afternoon. 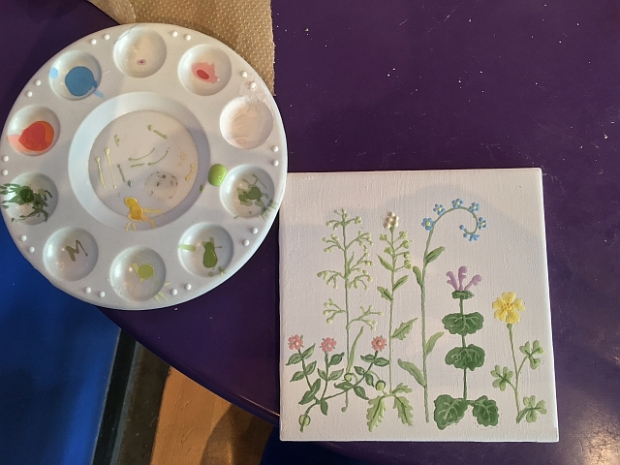 She swears it’s going to come out shiny and bright in the end, but it sure looks dull and washed out now.

But I’ll give the human female this–it is plenty shiny.