The semiannual gaming gathering is in full swing.  There are people from the Big City to the North, the Big City to the South, the Slightly Smaller City a Bit Further South, and quite a few from around here.  The blue-haired goddaughter and her parents are here, as well as the Knittery Friend and her clan.  When I landed on this rock, getting to know the populace before I subdued them was never part of my agenda, but I seem to know quite a few of them now.  Of course, I can’t be bothered to learn any names, but the same faces keep turning up.

There are some new faces here, though.  Some of these characters appear decidedly… shady.  Sigyn, true to form, trusts everyone and has made a beeline for the strangers.

This large grey fellow is rather imposing. 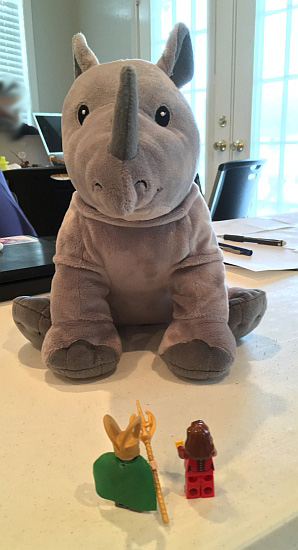 Careful, Sigyn!  He appears well-armed.  Though my horns are finer, no doubt he could do some damage with his, for all they appear to be somewhat squishy. 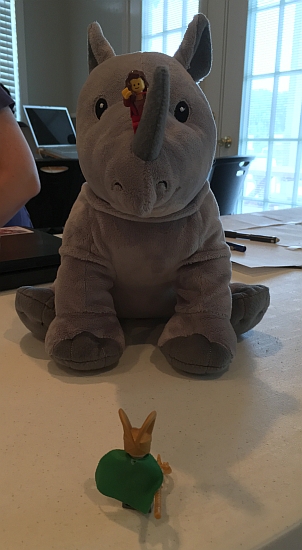 Guess I needn’t have worried.  Apparently, his name is Rinaldo and he is now on our Yule card list.

Moving on.  I know I haven’t seen these colorful characters before.  Look, you bespotted nobodies, don’t get any ideas.  I am Loki, God of Mischief, and this is my turf! 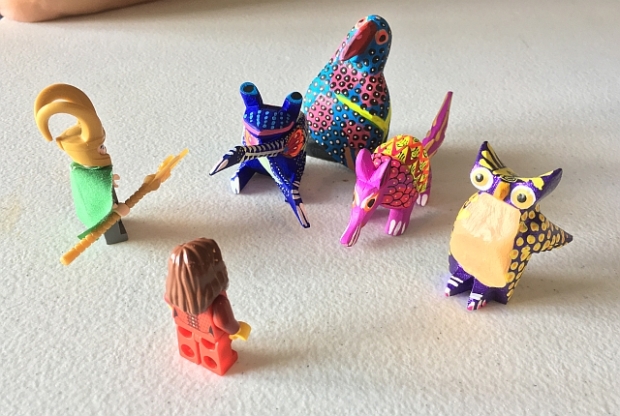 Perhaps they are mostly harmless.  I think they may be in search of a good ophthalmologist.  The owlish-looking one has some serious bug-eyes, and the big blue bird thing has the worst case of amblyopia I’ve ever seen. 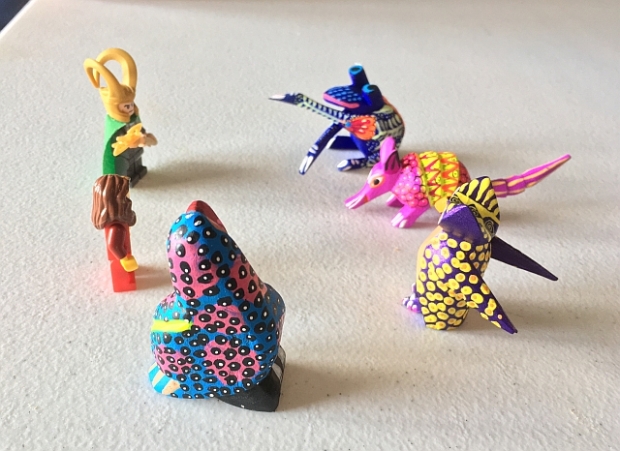 And I think the frog-like one is trying to do the macarena. 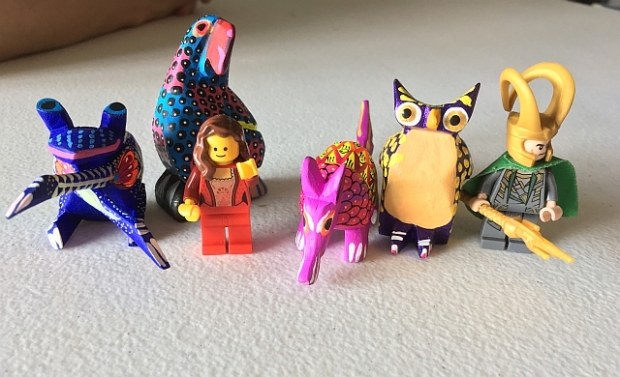