I don’t always plan my mischief down to the last detail.  Sometimes I will just leave a little vortex of chaos lying in wait someplace, all ready for one of the unwary humans to step in.  (I like to be surprised.)

I left such a spell in the kitchen-dining room yesterday.  I expected a dropped fork or a smear of jam on a borrowed library book or perhaps even a burned pork chop.  Nothing happened yesterday, but I have just heard the most enormous CRASH and some colorful language, so I think it may have been triggered!

Great Frigga’s Hairpins!  Be careful, my love, there is very great deal of broken glass in here! 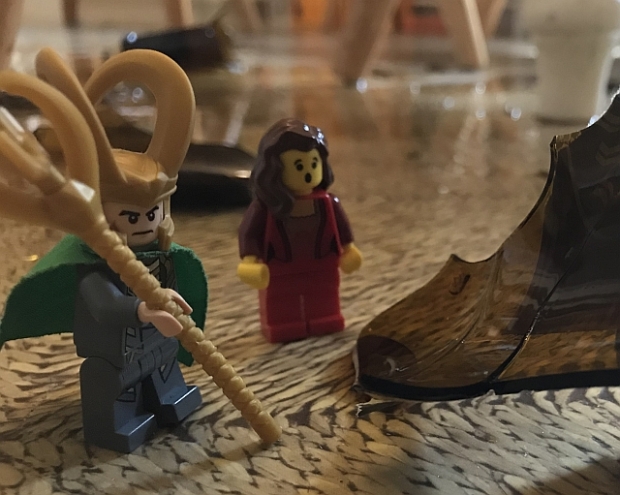 And rather a lot of something wet…

If the human male’s mutterings are to be believed, he was trying to lift a twelve-pack of fizzy water up off the floor.  Somehow a bottle of beer (whose six pack was sitting next to the fizzy water) “hitched a ride” on the carton of water but then let go at a height of approximately four feet.

The destruction is most comprehensive.

Now the human male has some housekeeping and decontamination to do, all the while keeping curious felines out of the beery carnage.  I don’t know what he planned to do today, but whatever it was, he is not getting to it any time soon…