The human female is clumsy.  There’s really no other way to put it.  Not a week goes by that she doesn’t misjudge a doorway or round a desk corner a mite too closely.  I’ll be honest—sometimes I give her a little extra nudge.  It doesn’t usually take much, though.

That being said, it’s been a rough couple of weeks for her.  Last Saturday, when she was wiping up some spilled water in the dining room (I helped the human male drop his travel mug), I didn’t point out a puddle she missed.  Not five minutes later, she found it the hard way and ended up in a startled little pile on the kitchen floor.  Bruised knee.

Later that same day she was pulling some invasive Japanese honeysuckle out in the woods with some Nature Nerds.  I think they pulled several miles of vines and runners.  Did I see the nest of fire ants?  Yes.  Did I warn her?  No… not exactly.  Did I have a good laugh when she did the yelping and arm flapping thing?  Maaaaybe.  Nine good solid bites that still itch and which will probably scar.  She should know better than to stick her hand in the soil without looking.  I’ve probably taught her a valuable lesson.

On Wednesday at work last week, she was carrying a big, light-but-bulky-and-slidey armful of styrofoam to take to recycling.  She came out of the prep room, marching in that determined way she has, barging along even though she couldn’t see over her burden—and promptly fell over a student and his laptop who were minding their business and sitting quietly on the floor.  It was just like in the movies when they show the death of the dinosaurs and the hapless behemoths topple over, making the earth shake.  Bruised hip and other knee, wrenched toe bones.

Then, on the Saturday just past, she put some mulch on the flower beds (and that in itself is a fun story, because she had to go to FOUR places to find mulch!)  All the mulch bags were wet and heavy, and when she bent down to adjust a bag in her little, two-wheeled wheelie barrow  (I pointed out that the load was crooked), I got to see a most beautiful display of physics.  The bag fell forward, the barrow tipped, and the metal handle of the barrow whipped up and smacked her right across the bridge of her nose.  The noise was most impressive! 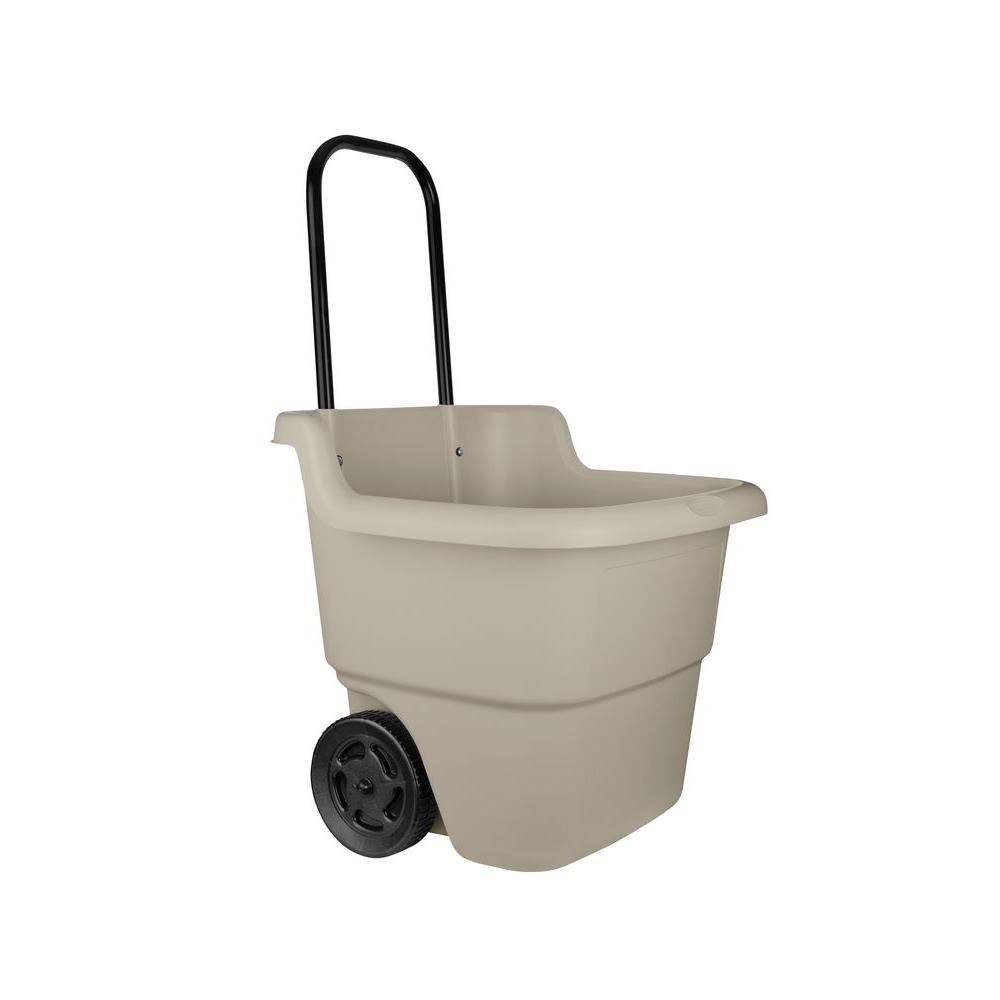 So today she has a cut between her beady eyes and, while she’s not sporting a full double-shiner, it does look like she’s played a bit fast and loose with the brown eye-shadow.  Sort of a barely-there-panda effect.

So there she is, looking like an escapee from a silent slapstick comedy movie.   I know, I know.  I should have not only more self-control, but more compassion.  There’s enough trouble for her to get into without my assistance in percussive maintenance.   I will let up—else the poor thing will never make it to the New Year in one piece.