It has been too quiet here in the human female’s workspace, ever since Slow, Silent, and Costly showed up to fix the drooling cold room.  Time for me to cause a bit more mischief.

Hmmm.  What could I do that would be annoying every single day?  Something she and her staff use all the time?  Something basic like…

That’s it!  I’ll muck up one of the specialty water lines!  There’s regular tap water, distilled water, and reverse osmosis water (R/O).  They’re all important, but the R/O water has to be specially good, since it’s what is used to water the plants, make the salt water for the aquaria, and all sorts of other sciencey goodness.

A wave of my hand, a few choice utterings, and behold! 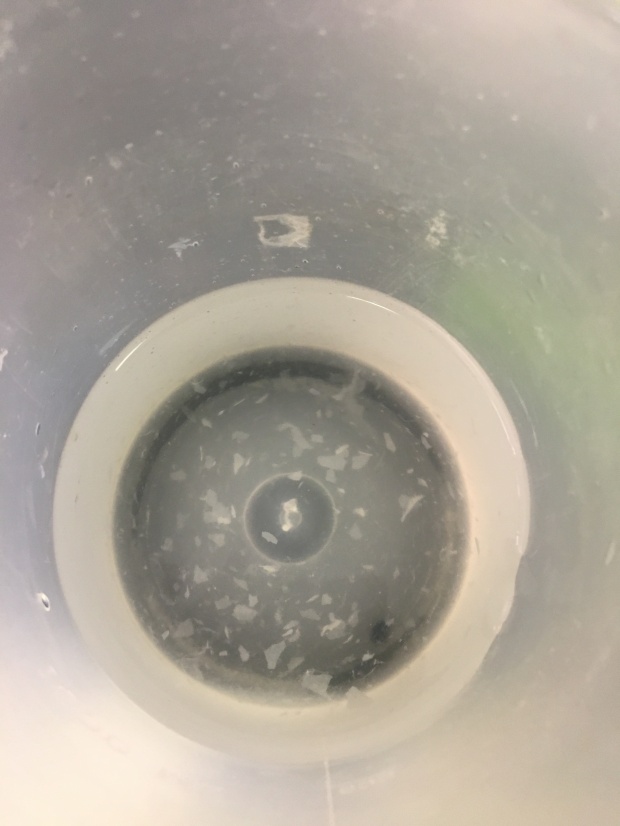 Odin’s eyepatch, that looks awful!  It won’t take them long to see the problem.   I wonder how long it’ll take them to figure out what it is…

I’m having such fun with this!  I let it clear up for a few days and everyone was happy, but now the whatever-it-is is back with a vengeance!

They still don’t know!  They thought  perhaps the faucet gasket was decomposing, or maybe the lining of the hose.  Nope. Being scientists, they experimented a bit and discovered that the water looks like this straight from the tap.  Chunks abound!

Ehehehehe. *I* know what it is, but I’m not telling!  They’ve taken a sample to show Slow, Silent, and Costly: 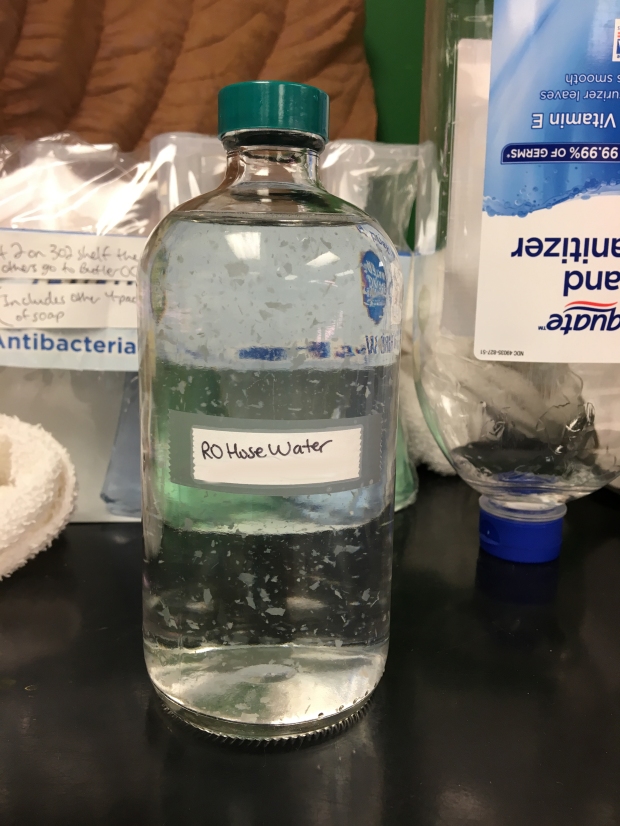 Mmm.  Looks delicious!  But seriously—Isn’t that pretty?  It’s just like a snow globe!