Long-time minions may have wondered why the hyena, Fisi, has not appeared here in some time.

Or perhaps you are like me and simply cannot be bothered to keep track of that mangy, antisocial creature and its gluttonous proclivities.

But I suppose I shall indulge anyone who is interested with an update.

Some weeks ago, Sigyn and I noticed that Fisi was beginning to show some disturbing symptoms.

Not wanting to expose my beloved to even the slightest risk of exposure to Norns-knew-what malady, I immediately zapped the slavering beast into a magical quarantine until such time as its condition could be elucidated.

Once the prescribed period had elapsed with no further frothing, I (grudgingly) allowed Fisi to come home.  Sigyn dotes on that walking doormat; I’ve no idea why.

So now the benighted beast is back with us and has lost no time in taking up its old hobbies.

Apparently, mask ties are for chewing. 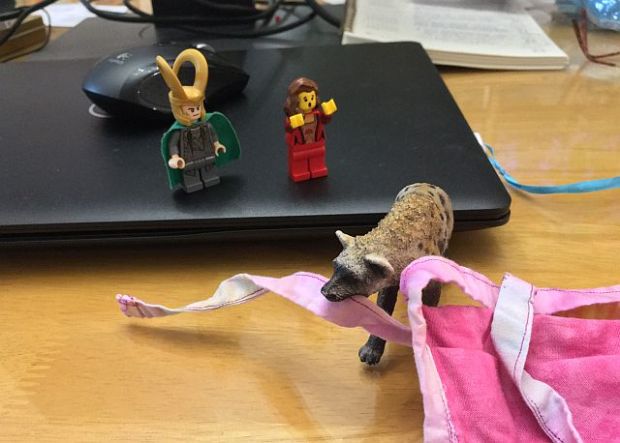 Bad Fisi!  Don’t drag that off !  I might need the human female to go for take-out later! 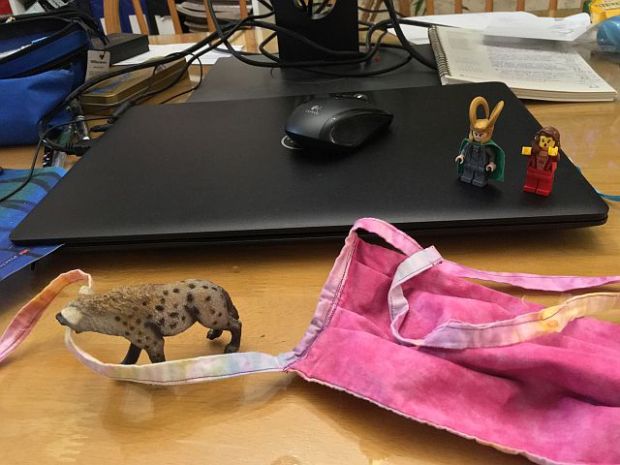 BAD Fisi!  Sigyn, you promised me that pestilent animal was housebroken! 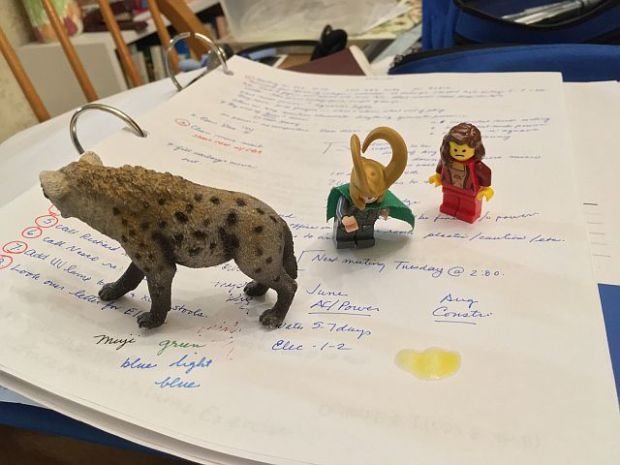 Eehehehehe! Funny, though.  This was an important document.