Not everything here at the aquarium is a fish.  The collection includes a plethora of creatures that aren’t bothered with the upkeep of a skeleton.

The sign on this one says “leather coral,” but as near as I can see, it’s made of well-organized goo, same as all the others. 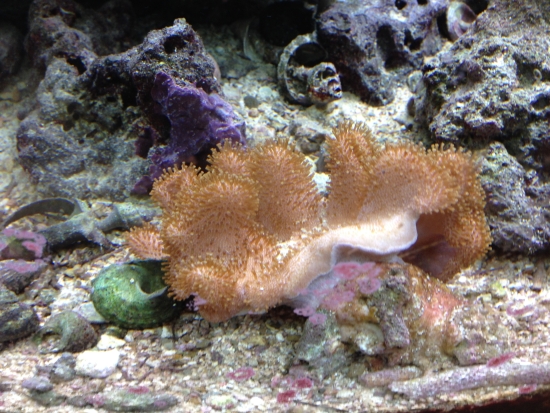 Great Frigga’s corset!  What is this thing?!  A kraken, I’ll be bound.  Stand back, Sigyn!  These things are vicious and can punch right through glass! 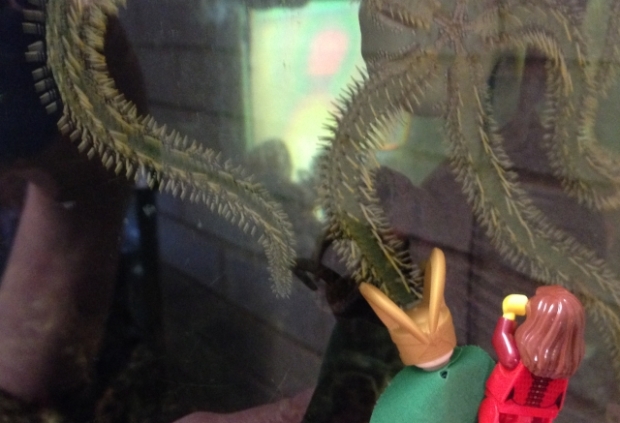 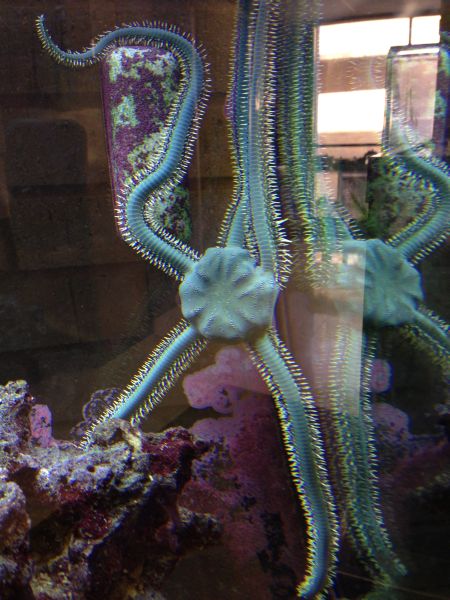 Look at this, Sigyn!  The sign says that a seastar can grow back its arms if they’re lost or damaged.

I think I’ll call him “Nubby.”

Eehehehe!  Sigyn has found the itty-bittiest seastar ever!  It’s a six-legger, which is a bit unusual. 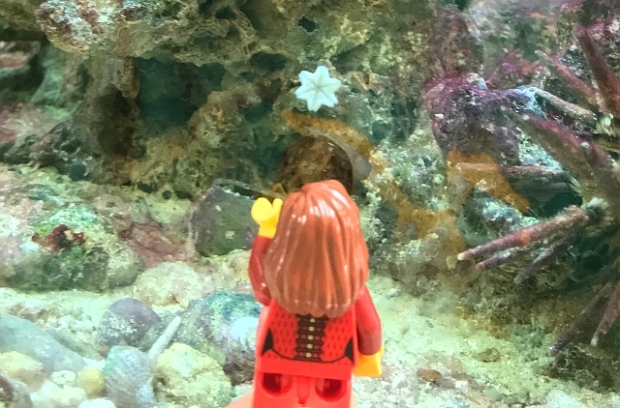 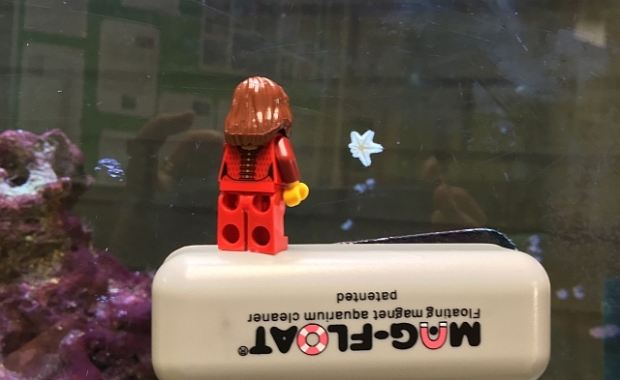 This little goober has SEVEN legs. They don’t all match, but they’re there. 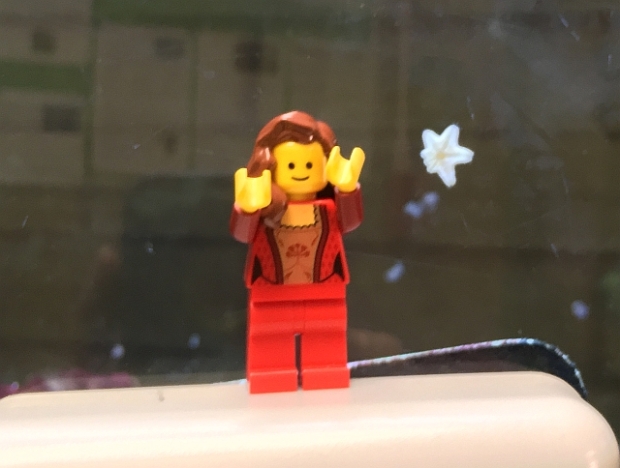 Sigyn’s verdict on the Aquarium?  “Squee!” and two thumbs way, way up.