The humans, always looking for a good excuse not to cook, have seized upon the occasion of an old friend passing through town to venture into downtown of The Next Town Over to an unusual, schizophrenic eatery which consists of an Irish pub and a German restaurant with separate storefronts, but which share a kitchen in the back.   Sigyn and I have tagged along to see what’s on offer.  (We probably should have brought Arnold along to translate.  Maybe next time.)

The silverware and napkins are rolled up in this stein.

If I were feeling generous, I would take one of these blue and white house coasters and give it to Thor for his beer mat collection.

Sigyn—correct me if I’m wrong, but I didn’t think chilies or coconut were particularly German…

The main thing on the menu is something called “schnitzel.”  I do not know what sort of animal a schnitzel is.  Let me look it up on the human female’s phone. 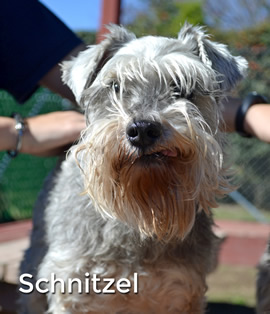 Oh, wait. My mistake.  I think that “schnitzel” must be a way of cooking things, because it looks like it can be pork or chicken or sausages.

And it looks as if Monday is the day to come.  It’s a veritable Schnitzelfest!

Here’s where the accuracy of the menu has broken down—I understand they do have fries, but not the red cabbage.

Ah.  All the plates now come with red cabbage.  The male has opted for the sauce based on beer and bacon and onions, while the (boring) human female has chosen the plain one with just a hint of lemon.

What do you think, Sigyn?  Did you save room for dessert?

The human female can’t have any, but the Fantasy Fudge Cake sure looks good!

MMMM. Fantastic and fudgy.  You are missing out, human.