Many of the games being played have never been played by this group before.  Sometimes, the players have to punch out all the pieces before they can even begin. 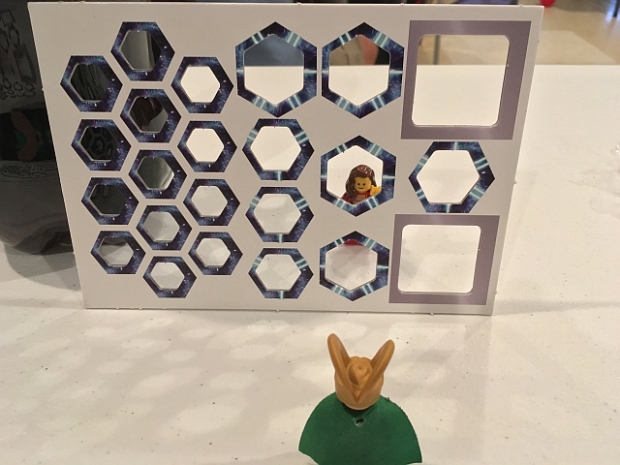 No telling what this sprue goes to. 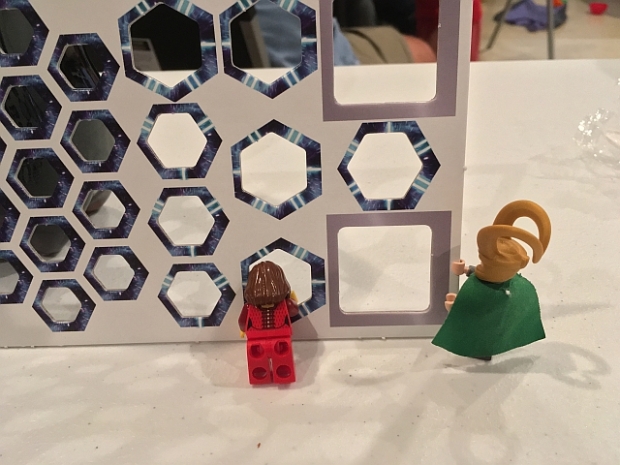 Do you know, I bet if we take this back to the house, the felines would like to play with it and shred it all over.

One of the highlights of a gaming weekend is the food.  The humans made a half a pig’s worth of smoked pork, and there is slaw to go with it, along with six different kinds of chips, more cherries than I have seen in one place, ever, and enough sweets to put us all in a diabetic coma.

Still, some people have elected to get take-out.  The Knittery Friend’s small offspring have a tiny pizza. 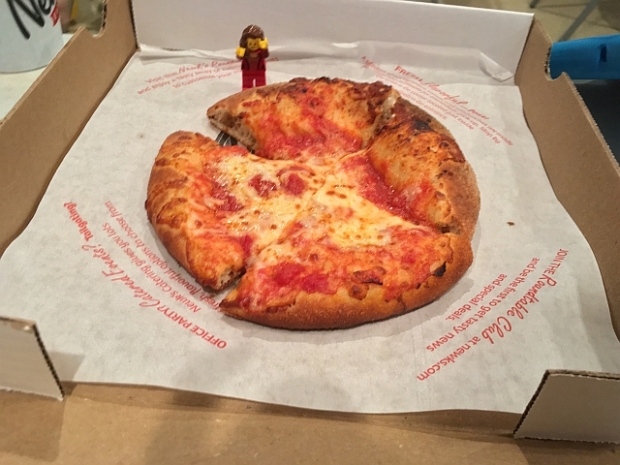 Say…  This gives me an idea.  The human female has been working hard, doing kitcheny things, and she deserves a treat.  I think I’ll order a very special pizza just for her.