The fire alarms in the human female’s workplace have just gone off.

Like good little lemmings, the building’s occupants have all trooped down the stairs, the fire doors slamming shut behind them.  Now they’ve scattered.  They’re all supposed to gather on the lawn across the street, but it looks like quite a few are milling about down the street.

The staff are hard at work, defending the perimeter against hapless passers-by who, eyes glued to phones, insist on wandering through the evacuation zone.

We’ve been out here for a while now, and I’m having a hard time deciding what my favorite part of this prank is.  Is it that:

A.  No one seems to know what’s going on.  Are we in imminent danger of immolation?  Supposedly a drill was scheduled for today, but we had the brief “this is a test, you don’t need to evacuate” alarm earlier today.  The voice on this recent alarm didn’t say anything about a drill, so…

B.  The human female didn’t have time to snatch her all-precious USB drive out of her computer before she left.  Her *life* is on that drive.  It’d be a real delight if it managed to burn up, wouldn’t it?

C.  As the staff were checking that all the rooms on the human female’s floor were empty, they discovered that about half of the red “everyone’s out of this room” door tags were mysteriously missing.

D.  This is the third evacuation this week.  I made an fire alarm trifecta!

Ah.  They’ve finally figured out that it is a drill, but they want us all outside anyway.  Hey, at least it isn’t cold and raining, like it was yesterday when everyone was standing around out here!

What’s the record for most evacuations in a semester?  I think I can beat that. 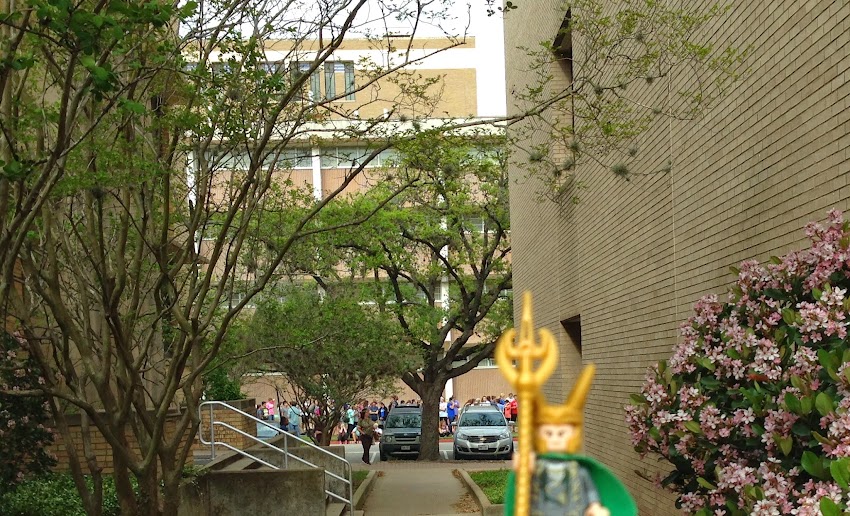 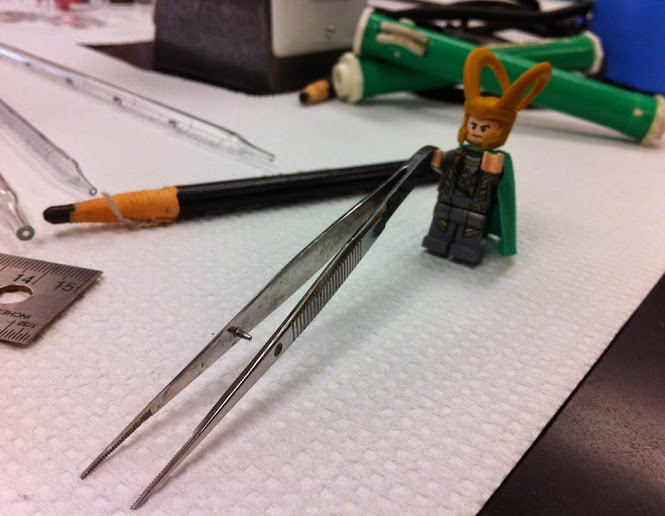