I must admit to enjoying the movie.  Sigyn liked the costumes.  I liked the snark.

Now all of us, including the friends the humans met up with earlier today, are supposed to go eat dinner.  The rendezvous place?  One of the fun Japanese stores.  It is much like the one in the big city to the west.

It is full of things Sigyn wants to make friends with.

I know you want to take the puppy home, sweetie, and having one more animal to shed on the human female’s clothes is an appealing prospect, I grant you, but it wouldn’t get along with the Terror Twins.

Yes, you are right. This dragon would not shed–at at least not hair.  And I can see that though he looks fierce, he is just a big softy.

But how big is he going to grow?  You need to think ahead.  Once he’s the size of a house and the neighbors start complaining, you’ll be sad.  That’s right: give him one last hug and tell him goodbye.

That was close!  I thought for a minute we were adding a dragon to the family.  Sigyn, are you about ready to go eat? Sigyn–?

Where did Sigyn go?

I should have known. 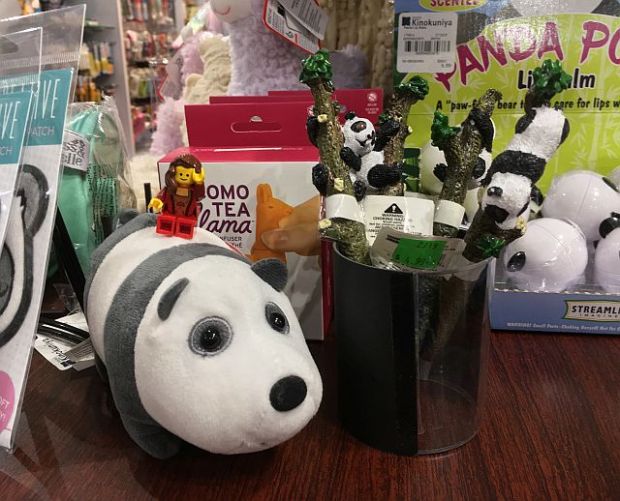 Sigyn has been adopted by a family of pandas.  She says that she doesn’t want to bring one home with us, because it would miss all its brothers and sisters and cousins, but she wants to know if she can come back to visit every now and then.

I think that could be arranged…

Looks like we will be eating with sticks again.  Oh, goody.  (I can do it, but ramen is splattery, and my cloak has enough problems already.) 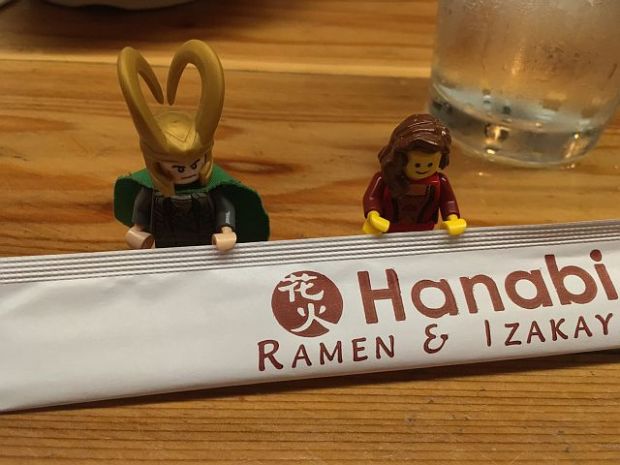 Ehehehe. I’ve arranged a little surprise for the human female.  She was in the mood for chicken ramen, but ALL the ramen on the menu is pork belly!  (That’s what you get for dragging me to a place that makes me eat with sticks.)  So sad!  Looks like it’s veggie ramen for you!

And all the dumplings for me!

Well, I’ll share with Sigyn, of course. But none for the rest of you!

Nom nom nom.  Tummy’s full now.  Since I missed my movie nap, I think I may sleep all the way home.  (Which is just as well, as the conversation is sure to be 100% pens.)