It’s happened again.  The last time the human female went out “botanizing” here, her hosts presented her with a nifty token of their thanks.  Undeserved, of course.  All she did was wander around and put names to plants, probably incorrectly.

She must associate with truly gullible people, because they have done it again.  Look, Sigyn–look at this pretty bag with the colorful stuffing-paper. 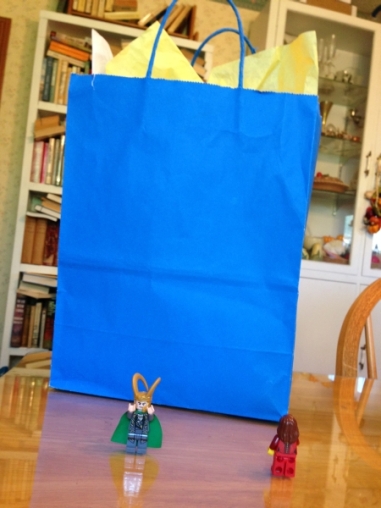 It shouldn’t be allowed!  No telling what’s in there.  While she’s banging the mud off her boots and checking for ticks (eeew!), let’s unpack it and see what the goodies are. 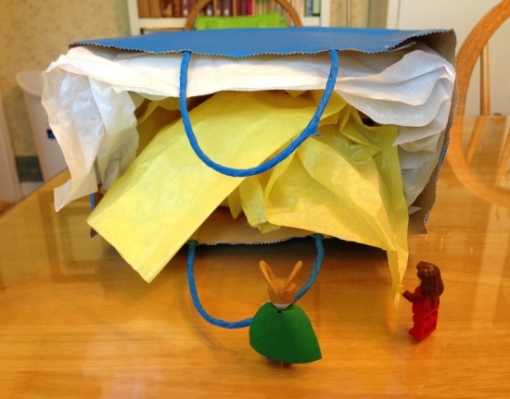 (sniff, sniff)  Do you smell something licorice-y? 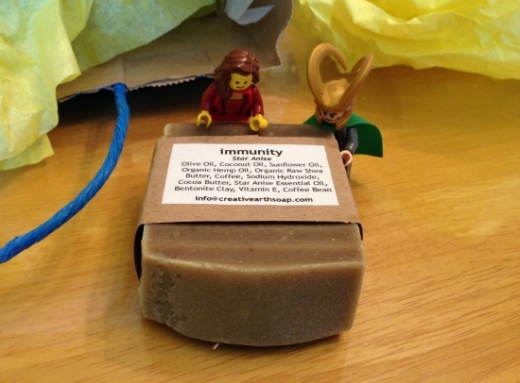 What kind of fudge IS this?  Olive, coconut, sunflower, hemp, coffee, cocoa butter, star anise–all of these ingredients are good on their own, but I’m not sure how well they play together.  And–Clay?!  Who puts clay in fudge? 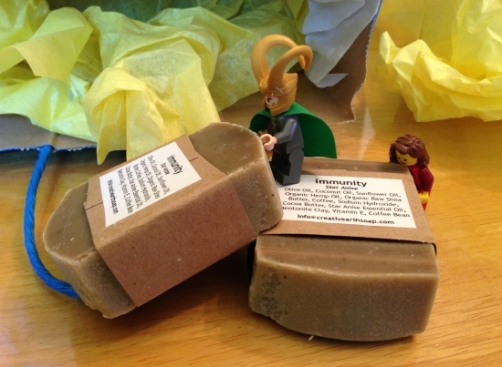 Oh.  I guess you’re right, Sigyn.  I suppose soap makes more sense than fudge.  And look–there’s more.  There’s plenty for the human female, so I don’t feel bad about appropriating one of these bars.  It smells like the local Acacia tree flowers, which is a good thing.

What are those colorful cloth squares? 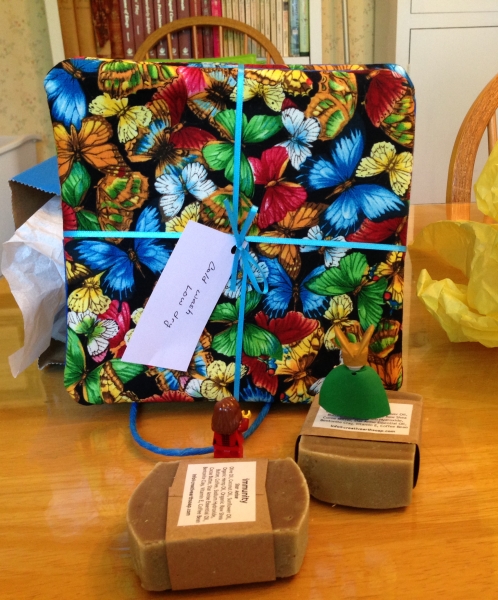 Ah.  Potholders.  Very good idea. The human female is a danger to herself and others in the kitchen, and these might prevent dinner from being late if she does something stupid like grabbing a hot pan with her bare hands. 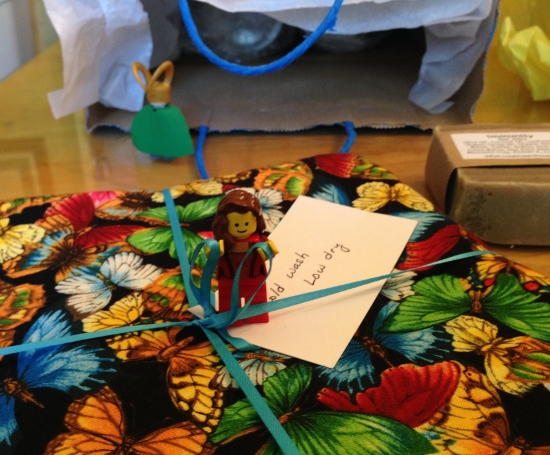 Question:  if they’re meant for handling burning hot pans, how come they have to be dried on low?

Hey–there are two lumpy, heavy things down  in the bottom.  Rocks, to join the collection of ones in her head?  Small cabbages?  Lumps of coal? 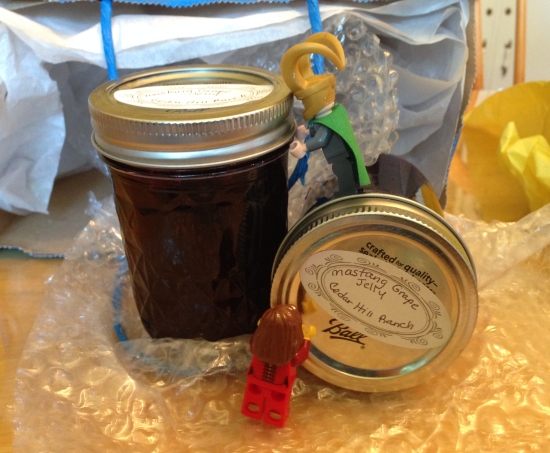 Jelly!  We like jelly, don’t we?  And homemade grape jelly will be so good with peanut butter.  I’ll work on opening one of these and you go get the peanut butter and bread. 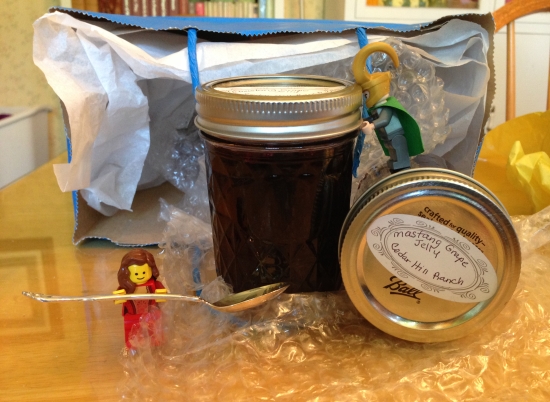 p.s.  I’ve been thinking, there are two of everything in this bag.  I could take half, repack the other half, and the human female would probably be none the wiser