The humans are taking the daughter of an old friend out to eat.  Poor thing–she’s just started attending Texas A&M and the humans have adopted her.  I can’t think of anything more terrifying.  But they do tend to feed their friends, so today they are introducing the child to the little local Cafe Centroamericano.

We have eaten here before.  Or, rather, the humans ate and I had Grave Misgivings.  Today, I might just try the food, having read that pupusas are actually just little corny pillows full of meat and cheese and that “cacahuate” indicates “peanutty goodness.” 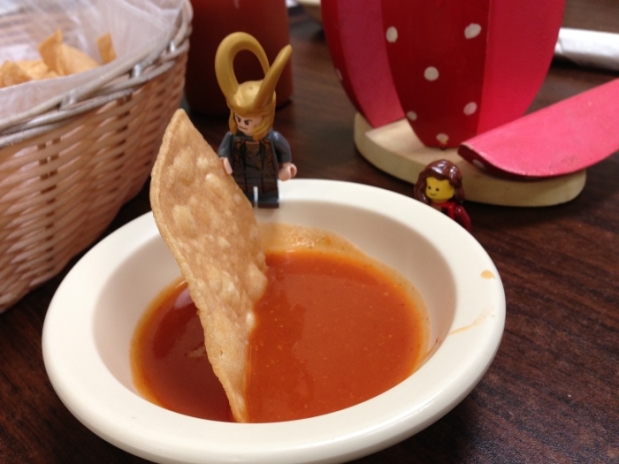 Since we were here last, the eatery has acquired some WFOUS–Wooden Fruits of Unusual Size. This strawberry is large enough to recline in! 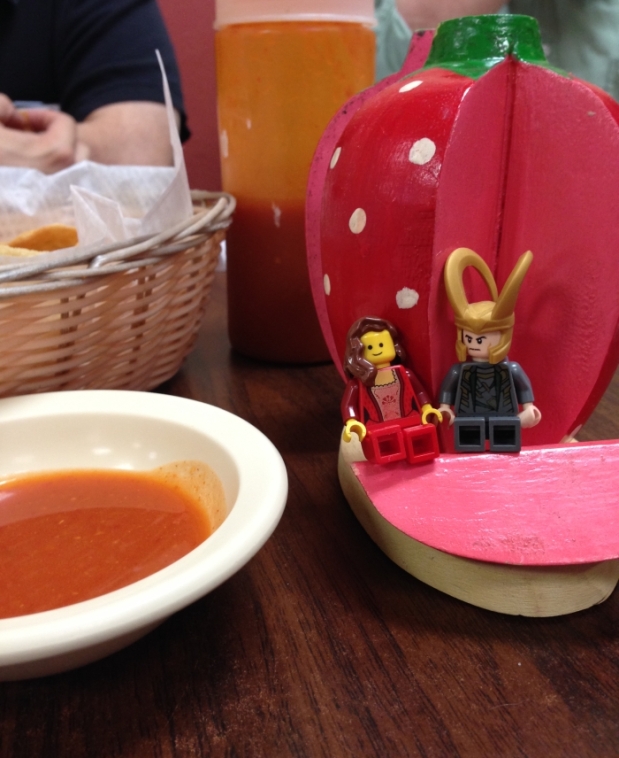 This one, I believe, is supposed to be a papaya.  I have never had a papaya… 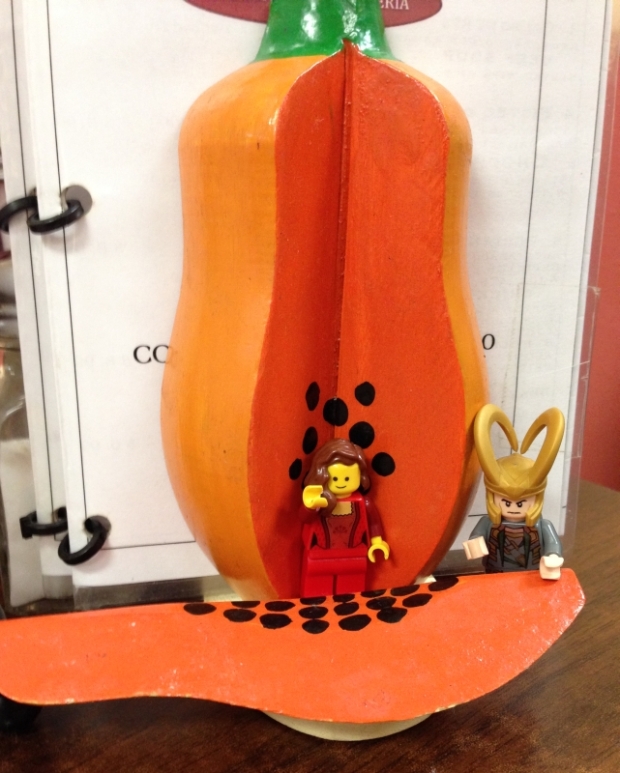 …and since the human female describes them as a “cross between kerosene and barf,” I think I will remain content in my ignorance.

I have no idea what this one is supposed to be. 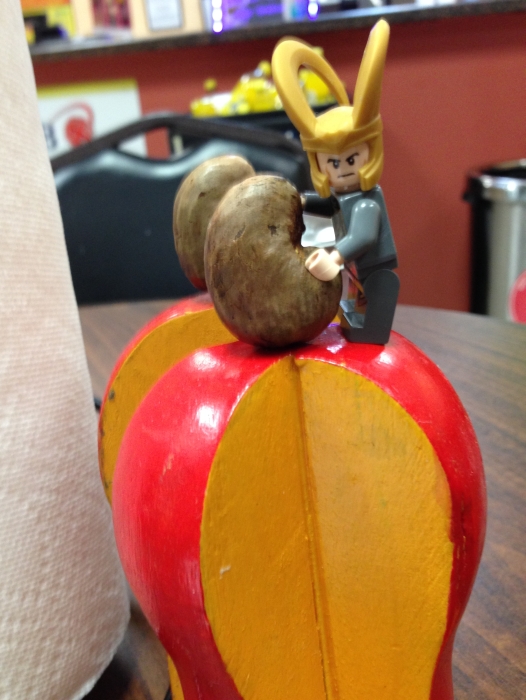 The human female has identified it as a cashew apple.  She says the curly bit on top’s where the cashew “nut” comes from, but I think she’s making the whole thing up.  It looks like a mango with a goiter, if you ask me.

The cafe has a shelf or two of grocery items.  Sigyn, let’s take a look, since our food is not quite done yet.

Sigyn, of course, has gravitated to whatever is labeled in red. 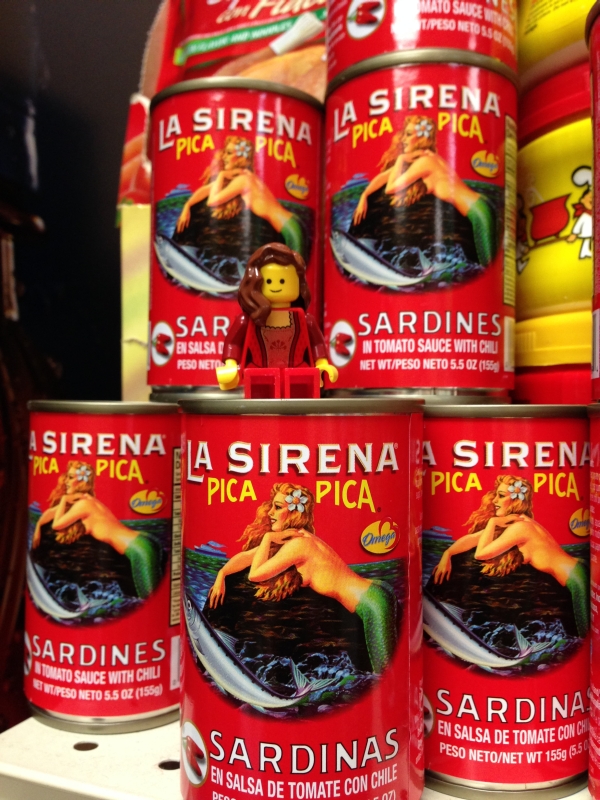 My Allspeak tells me that this half-clad fish-lass is hawking sardines in a chili-laced tomato sauce.  It falters, though, on “pica pica,” suggesting that that means…. “pica pica.”  Whatever.  I’m not inclined to sample.

You could be forgiven for thinking that a Central American cafe would stock mostly, well, Central-American items.

May I be excused?  My brain hurts.