I have to give her credit–the human female is undaunted by the wasp sting.  She just wrapped some ice around her hand and has gone right back to traipsing about, peering at every little plant.  The orchids were interesting, but that was quite a while ago. Can we be done now?

The plant press is rather dangerously full.  Sigyn says we must be sure to tighten it carefully, lest we cause half the contents to squirt out the ends.  That would be funny, of course, but would mean we’d be here even longer as the mortals struggle to put it all back together, so I will behave. 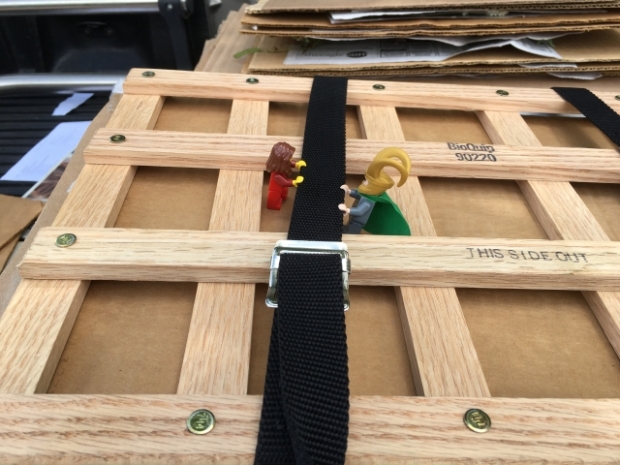 That is a good morning’s work  (not that I did much of it, which is how I like things.)  Some poor person is going to have to take the press apart later today and tidy up all the plants, now that they have been a little subdued.  I vote “Not Loki.”

Ah. Now we are have come to a more important matter–LUNCH!  The human female has brought a boring sandwich of some slices of dull with a side of plebian and some yawn sauce. Bleargh.  I could eat that at home, if I cared to–which I don’t.

The diner next to us has a little more imagination:  various cheeses and sausages for a sort of build-your-own affair. 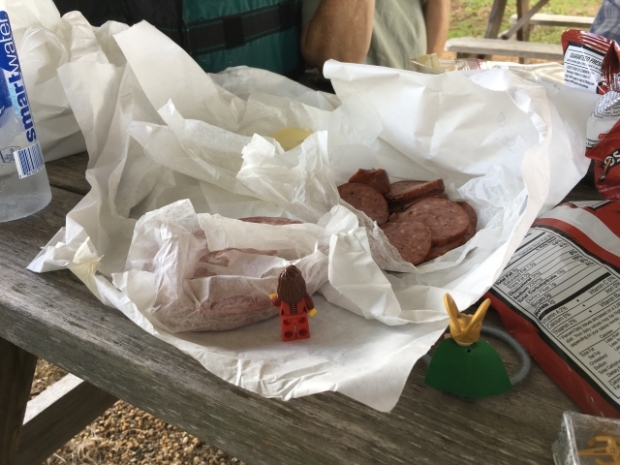 You can be sure I’m not letting the human female have any of the sausage.  I am not sitting in the same vehicle as sausage burps all the way home. 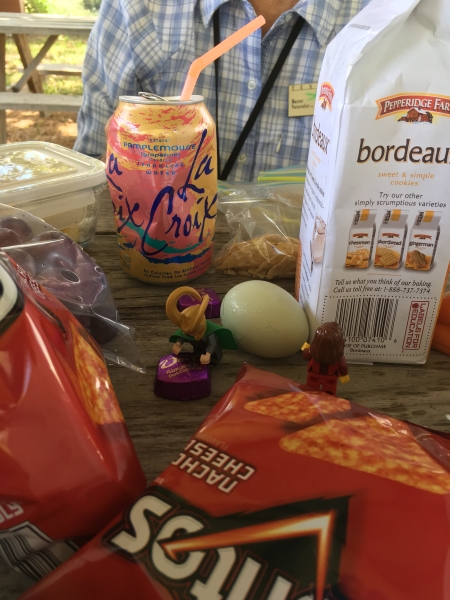 So now are we–?  Oh, by Odin’s eypatch, people, you aren’t done yet?  There are other places you want to go and fossick about for plants?  Sigyn is enthusiastic, but I think there is a nap calling me.  I’m not the only one.  Almost everyone is taking their muddy selves home for a good wash and then a snooze.  It’s only the human female and the fellow she rode with and Sigyn who are are up for more mud.

Ugh!   This isn’t bog–this is squelchy stream bottom.  Sigyn, be very careful you do not become stuck.  Or lost.  Lost is NOT good and one tree looks much like the next. In fact, why don’t you make the human female carry you so you aren’t left behind?

Tree, tree, tree, mud, more trees. Extra mud.  Why are we here? It’s not as if there’s anything to see down here.

Sigyn is in raptures.  Yes, my love, those are most definitely red.  Orchids and cardinal flowers.  In Sigyn’s book it is a Very Good Day Indeed.